Pro-democracy protests in Hong Kong descended into violent chaos over the weekend as authorities and protestors clashed and broke nearly two weeks of peace.

Hundreds of protesters shut down streets and wielded slingshots, poles, iron bars, and bricks in the fight with police that bloomed after a planned march against the government-installed “smart lampposts” that sparked concerns over state surveillance.

Police fired pepper spray and tear gas, breaking a10-day streak of no tear gas andadding to the 1,800 canisters police said they have fired in the clashes since the movement’s actions first emerged in June.

Read more:A protester takes us inside the demonstrations in Hong Kong 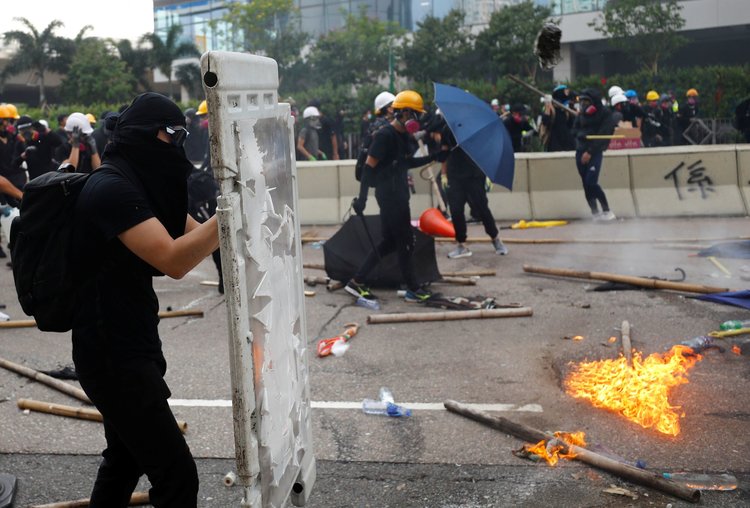 The government in Hong Kong said smart lampposts only collect data on traffic, weather and air quality,according to the Associated Press.

However, protestors reportedly dismantled some poles with saws and ropes as a stark rebuke to the technology after authorities reportedly announced 400 of the smart lampposts would be installed in four of the territory’s urban districts.

“Hong Kong people’s private information is already being extradited to China,” organizer Ventus Lau told the Associated Press ahead of the procession. “We have to be very concerned.”

The protests began in June over a now-suspended bill that would have allowed the extradition of Hong Kong residents to China before widening to address free elections and independent investigations into alleged police brutality.

Since then, protestors have organized several large-scale marches, the storming of governments buildings, widespread strikes around the city, andthe shutting down of an airport.

Hong Kong activists are getting protest tattoos of umbrellas, gas masks, and a bleeding eye, in a bold break with the movement’s anonymity

Ethereum Close Below $200 Would Make Case for Larger Decline
We and our partners use cookies on this site to improve our service, perform analytics, personalize advertising, measure advertising performance, and remember website preferences.Ok