General election: SNP would form ‘progressive alliance’ to keep Tories out of power

The SNP will form a progressive alliance with other parties to “lock the Tories out of government” if they win enough seats to become kingmakers, the party’s leader said.

Nicola Sturgeon said other parties would need to have the same level of commitment to the NHS should the Scottish Nationals be in a position to decide who could get the keys to Downing Street. 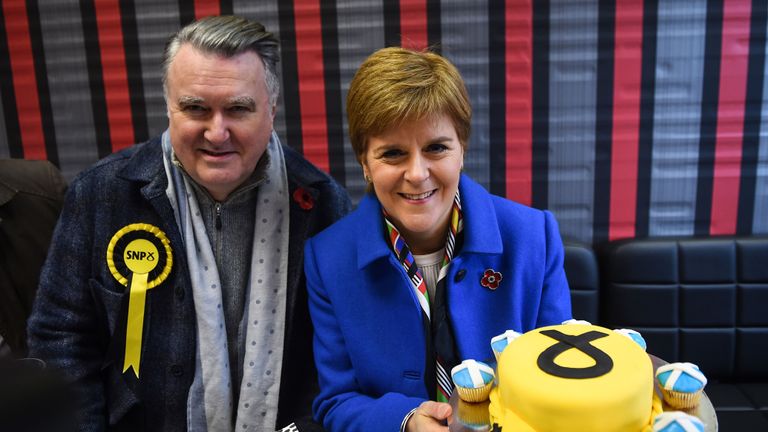 She said: “If there’s a hung parliament SNP MPs will seek to form a progressive alliance to lock the Tories out of government.”

Ms Sturgeon also made it clear that she is not a fan of Labour leader Jeremy Corbyn, who she accused of not being able to give a straight answer on whether the UK should leave the EU or not. She added the SNP will pledge to protect the NHS from trade deals in the next parliament, at the campaign launch in Edinburgh.

Ms Sturgeon’s party will introduce the NHS Protection Bill to ensure the health system isn’t used as a “bargaining chip”.

It comes amid concerns the US would be keen to open up the NHS to American healthcare companies after Donald Trump said “everything was on the table” for a trade deal.

Ms Sturgeon claims that while the NHS is devolved in Scotland the UK government could still “sell off” the NHS in trade negotiations.

Her bill will also legislate that the devolved governments would have to ratify any trade deal before it went ahead.

The Conservatives and US president Mr Trump have said the NHS is not “up for grabs” in a future trade deal.

Ms Sturgeon said the election is “the most important of our lifetime” adding “the future of our country is at stake”.

She said Scotland had been “on a journey”, saying it was “more European” and naming key policies on tax and healthcare. 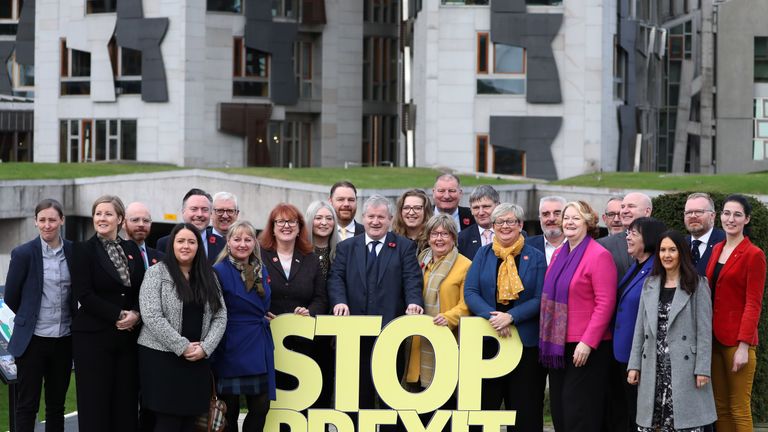 She said: “Many of the gains of the last 20 years and the promise of a better future are under threat.

“Scotland’s vote to remain in the EU has been ignored. For the very first time, the UK government has chosen to legislate on devolved matters without consent of Holyrood.

“The Tories number one pledge is to take Scotland out of the EU, against our will.

“I doubt there is anyone in Scotland who is not heartily sick of the Brexit nightmare.

“But the Boris Johnson deal does not ‘get Brexit done’ – it just opens the door to the next episode of the Brexit horror show.

“His Brexit deal covers the exit terms not the future relationship.

“Ahead of us would lie many years of wrangling over the UK’s future economic relationship, justice and security arrangements, fisheries, migration and much more.

“What we do know is that the Tories will take Scotland out of the Customs Union and Single Market, a trading block eight times bigger than the UK.”

About the Lib Dems, she said the party would prioritise Westminster control of Scotland rather than keep it in the EU, even suggesting the party would choose to let Scotland go through a Tory Brexit.

:: Listen to the All Out Politics podcast on Apple Podcasts, Google Podcasts, Spotify, Spreaker

Ms Sturgeon said she would form a progressive alliance with other parties to ensure the Conservatives stay out of Number 10, should they win enough seats to have the balance of power in the next parliament.

She also pledged again to have a Scottish independence referendum next year, claiming the SNP has a “cast iron mandate” for one, because it won the Scottish Parliament election with that in it manifesto.

The Brexit Election: For the fastest results service and in-depth analysis watch Sky News live from 9pm on Thursday 12 December, with a [email protected] election special on Friday 13 December