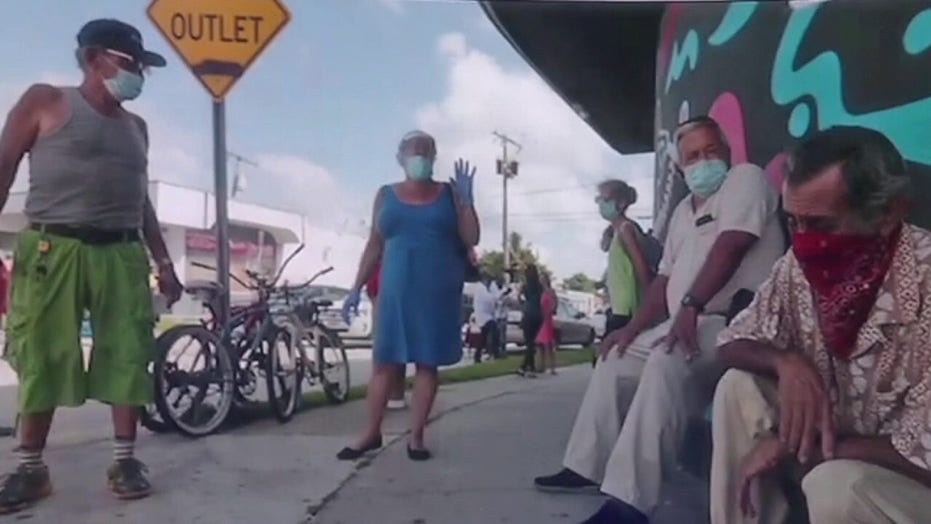 Martha MacCallum discusses how the coronavirus pandemic is reshaping the 2020 election on ‘The Story.’

No Democratic presidential candidate has won the senior vote in two decades.

But former Vice President Joe Biden and the Democratic National Committee (DNC) are hoping to snap that losing streak this year.

Fox News has learned that the DNC on Friday will launch a new push to court voters 65 and older with a new TV commercial running in key general election battleground states, a national press briefing, surrogate calls, fact sheets and more. The drive appears to be the latest example of the rapidly increasing role the national party committee – and in particular the DNC War Room – is playing in the collaborative efforts with the Biden campaign.

The ad, which the DNC says is backed by “a significant six-figure buy,” targets President Trump over his handling of the coronavirus pandemic, which since February has claimed the lives of roughly 137,000 people in the U.S. New cases of the coronavirus have soared the past month and a half, forcing many states to pause or reverse the loosening of restrictions that were aimed at slowing the spread of the virus.

Those hardest hit by the coronavirus are seniors. “Among adults, the risk for severe illness from COVID-19 increases with age, with older adults at highest risk,” the Centers for Disease Control and Prevention states.

The narrator in the DNC’s commercial – which was shared first with Fox News – charges that “when coronavirus hit, Donald Trump refused to listen to experts. He said it would disappear. It didn’t. Tens of thousands of older Americans dead.”

“Then Trump rushed to re-open America to help his own re-election. Cases exploded. Death toll rising. Hitting older Americans the hardest. Trump throwing America to the wolves,” the ad concludes, using charts showing the surge in new cases and the rise in the death toll.

The ad continues the lines of attack against the president by Biden, his campaign and allied super PACs, who’ve repeatedly slammed Trump for what they claim was an initial downplaying of the severity of the pandemic, a fumbling of the federal response and a push to prematurely loosen restrictions in order to jump-start an economy flattened by the outbreak.

Pushing back against the criticism, the president, his administration and his reelection campaign have repeatedly touted the federal government’s response to the pandemic.

In an interview Friday on Fox News' "Hannity," the president declared, "We are doing a great job" in battling the pandemic.

But public opinion polls indicate a majority of Americans disapprove of the job Trump is doing steering the federal coronavirus response. Only 35 percent of registered voters gave the president a thumbs up on how he’s handling the crisis in a new national survey by Quinnipiac University.

That same survey indicated Biden topping Trump 54-40 percent among voters 65 and older. If those numbers hold up in November’s general election, it would be a dramatic shift from 2016. Then-GOP nominee Trump topped Democratic nominee Hillary Clinton 52-45 percent among seniors in the presidential election, according to exit polls.

The polls in general apparently have rattled the Trump campaign, with Brad Parscale abruptly replaced as campaign manager. Trump, in announcing the move, voiced confidence about repeating his 2016 victory, saying, "This one should be a lot easier as our poll numbers are rising fast, the economy is getting better, vaccines and therapeutics will soon be on the way, and Americans want safe streets and communities!"

In a statement to Fox News, DNC Chairman Tom Perez spotlighted that “approximately 100,000 of our country’s seniors have lost their lives to the coronavirus. Thousands more have been hospitalized, and even those who have avoided the virus have been forced to isolate, preventing them from hugging their children and grandchildren. And it’s all because of Trump’s failure of leadership. It didn’t have to be this bad. Seniors need leadership from the White House to navigate this crisis.”

But the president isn’t the only elected leader taking heat over the loss of so many seniors due to the pandemic.

Democratic Gov. Andrew Cuomo of New York, who was praised early on for his leadership in flattening the curve of infections in the state hardest hit by the coronavirus, has also been criticized over his handling of nursing homes — in particular the order that nursing homes and other long-term care facilities couldn’t refuse to accept most patients recovering from COVID-19.

Nearly 6,500 deaths in New York have been linked to coronavirus in nursing homes and long-term care facilities.