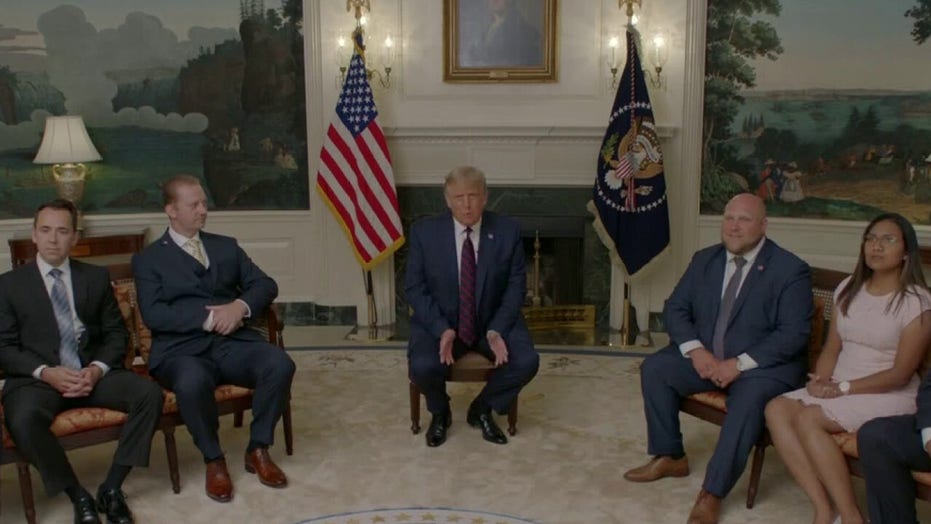 Wallace noted that the most recent GOP president before Trump, George W. Bush, would not be speaking and party delegates had opted not to approve a new platform for this year.

"Who we are going to be hearing from this week? The first lady, Melania Trump, the president's four grown children, members of the White House staff, members of the Trump cabinet," Wallace said. "Most of all … every night of this convention, and as far as I know, it's unprecedented, we're going to hear from the president himself.

"He seems to have made the calculation that the best spokesman, the best salesman for Donald Trump is Donald Trump," Wallace added. "And for the Trump base, the millions of voters out there who voted for him in 2016 and plan to vote for him again, he's probably absolutely right."

Nevertheless, the Republican National Committee has offered its unwavering support of the president.

In a resolution Sunday, the party's platform committee said: "The RNC [Republican National Committee], had the Platform Committee been able to convene in 2020, would have undoubtedly unanimously agreed to reassert the Party’s strong support for President Donald Trump and his Administration."

Graham gets agitated with Comey as ex-FBI director resists questioning in Senate hearing
We and our partners use cookies on this site to improve our service, perform analytics, personalize advertising, measure advertising performance, and remember website preferences.Ok