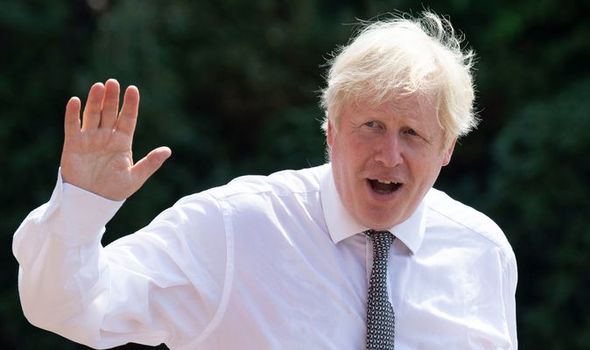 In a message to Daily Express readers, the Prime Minister vows to do everything possible to back “brilliant scientists” in their quest to conquer the killer disease.

He spoke out following confirmation that ministers have reached agreements to put Britons first in the queue for 90 million doses of the latest two potential Covid-19 vaccines currently under development.

With six previously agreed pharmaceutical deals, the Government has now prepared a colossal stockpile of 340 million doses of potential life-saving protection against the pandemic.

Mr Johnson said: “We are going all out to find a vaccine that works to defeat this virus. Backing the most promising vaccine candidates puts Britain in the best possible position to get early access to a vaccine the moment a safe and effective one is found.

“We cannot be sure there will be a successful vaccine. And even if there is it may be many months away. But our brilliant UK scientists are leading this effort and we are backing them all the way.”

Mr Johnson’s message to Express readers was virtually his final act before taking a summer break.

The PM is expected to spend around a week in Scotland with his fiancee Carrie Symonds and their new son Wilfred.

It will be their first holiday since Mr Johnson’s brush with death following his coronavirus diagnosis and months of intense pressure leading the Government’s response to the national health emergency. 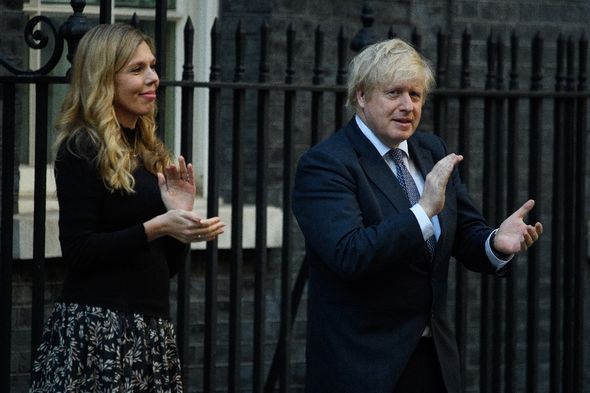 It will be their first holiday since Mr Johnson’s brush with death following his coronavirus diagnosis and months of intense pressure leading the Government’s response to the national health emergency.

Health officials have confirmed that the Government has reached agreements with US biotech company Novavax and pharmaceutical business Janssen for more than enough vaccine doses to inoculate the entire 66 million UK population, if required.

Under the in-principle agreements, the UK has secured 60 million doses of the Novavax vaccine set for a “phase three” clinical trial with the National Institute for Health Research.

A further 30 million doses are on order at Janssen, with ministers agreeing in principle to part fund a global clinical study of its vaccine.

The latest agreements, on top of earlier deals, mean Mr Johnson’s Government now has access to six different Covid-19 vaccine candidates under development. Kate Bingham, chair of the Government’s Vaccines Taskforce, yesterday cautioned that there was no confirmation yet that any of the stockpiled vaccines will be effective.

But she said their approach means that if any one is shown to be effective and safe the UK would have the rights to it.

She said: “We are assembling four different types of promising vaccines from around the world with the hope that one of these is proven to be safe and effective to protect those most at risk from Covid-19 infection.” 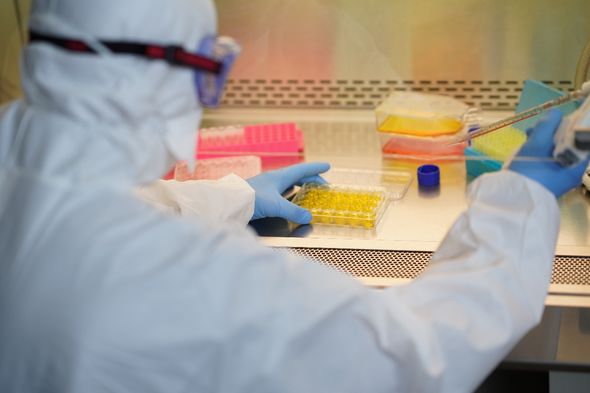 Ms Bingham said she was “reasonably confident” of a vaccine being found that will reduce the severity of coronavirus symptoms and reduce deaths.

The Government’s latest agreement comes with 90 million doses already in the pipeline under deals with an alliance between the pharmaceutical giants BioNTech and Pfizer, as well as the firm Valneva.

A further 100 million doses could come from a vaccine being developed by Oxford University in partnership with AstraZeneca. Another deal has been struck for 60 million doses of GlaxoSmithKline and Sanofi Pasteur’s potential vaccine.

Business Secretary Alok Sharma said: “The Government’s strategy to build a portfolio of promising vaccine candidates will ensure we have the best chance possible of finding one that works. Today’s agreements will not only benefit people in the UK but will ensure fair and equitable access of a vaccine around the world.

“While we are doing everything we can to ensure the British people get access to a successful vaccine as soon as possible, nobody is safe until we are all safe, so global cooperation is critical if we are to defeat this virus once and for all.”

Alex Harris, head of global policy at the Wellcome Trust health charity, urged ministers to explain how any vaccine will be distributed fairly. Mr Harris said: “Without this clarity, the risk increases that other rich countries will seek to strike similar bilateral deals, potentially securing significant oversupply, leaving insufficient volumes of vaccine for the rest of the world. The Government must take the global lead to ensure any advances to test, treat and prevent Covid-19 are available for all nations.

“Unless every country has access to Covid-19 vaccines and treatments, the whole world is at risk.”The Janssen vaccine, which is being made available on a not-for-profit basis, is expected to begin the next phase of clinical trials later this year.

The Government said that if the Novavax and Janssen vaccines are proven safe and successful in clinical trials they could be delivered to the UK in mid-2021.

The vaccines would first be given to priority groups such as front-line health workers, those with serious diseases, the elderly and ethnic minorities. New weekly data from the Office for National Statistics yesterday said that while the percentage of individuals testing positive for Covid-19 in households in England had risen slightly in July, this trend has levelled off.

The development allowed the PM to announce a further relaxation of lockdown restrictions from today. These include the reopening of bowling alleys, skating rinks and casinos as well as wedding receptions with up to 30 guests.