New York (CNN Business)For much of this year, Netflix shares have trailed big tech rivals Facebook, Apple and Amazon. That’s no longer the case, in part because of the global mega-hit “Squid Game.”

Netflix’s stock was in the red for 2021 as recently as August. Investors worried it may have lost its mojo as consumers flocked to newer streaming platforms like Disney+, Amazon Prime Video, Apple TV+, Paramount+, Peacock and HBO Max, which is owned by CNN parent WarnerMedia.
But Netflix (NFLX), which will report earnings for the third quarter on Tuesday, has enjoyed a massive turnaround in the past few months as users became addicted to South Korea’s “Squid Game.”

The drama about game show participants trying to survive dangerous contests has created much needed buzz — and viewers — for Netflix since its global premiere in September. Netflix told CNN Business exclusively this month that 117 million accounts have watched the show since its debut. 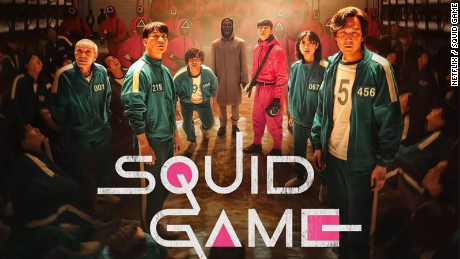 Netflix’s stock is now up 17% this year, better than Apple (AAPL) and Amazon (AMZN) and roughly in line with Facebook’s (FB) year-to-date rise. Shares in Google owner Alphabet (GOOGL) have soared 60% in 2021, making it the best performer of the FAANG grouping of elite tech stocks.

Netflix is also outperforming the company’s traditional media rivals: Disney (DIS), Paramount+ parent ViacomCBS (VIAC), Peacock’s Comcast (CMCSA) and WarnerMedia owner AT&T (T).
The question for Wall Street though is whether “Squid Game” will lead to even greater financial success for Netflix.
Analysts expect that third quarter revenue rose 17% from a year ago to $7.5 billion and that net income soared 47% to $1.2 billion, or $2.56 a share, according to forecasts tracked by data provider Refinitiv.
But the number investors will be watching most closely is Netflix’s subscriber count. The main reason that Netflix’s stock stalled earlier this year was due to concerns about slowing user growth.
Wall Street is estimating that Netflix added about 4 million subscribers in the third quarter, for a total of 213.3 million worldwide. 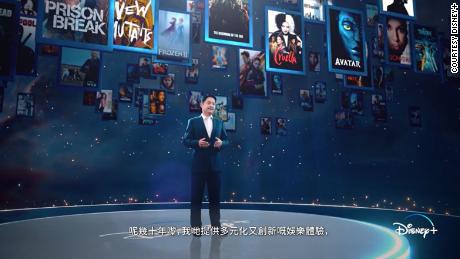 The company’s guidance will be key too. Analysts are predicting an even bigger surge in users in the fourth quarter — an increase of more than 8 million to 221.4 million.
Netflix’s stock typically thrives or dives after earnings because of the company’s subscriber outlook. And there may be added pressure on the company to deliver a bullish forecast.
That’s because many analysts are extremely upbeat on Netflix’s stock. Of the 45 who cover the company, 33 have buy ratings on the shares. If Netflix’s outlook disappoints, the stock could suffer a fate almost as violent as unlucky losers on “Squid Game.”

Elon Musk’s electric car giant is expected to report strong third quarter results after the closing bell Wednesday. Analysts are forecasting a nearly 55% surge in sales for Tesla (TSLA), to $13.5 billion. Wall Street also is predicting a profit of $1.6 billion, almost double a year ago.
Investors have rewarded Tesla’s success. The stock is up more than 15% in 2021 and the company is now worth $820 billion, making it the sixth most valuable company in the S&P 500.
But as impressive as that sounds, Wall Street is also starting to think that traditional automakers will soon eat into Tesla’s electric vehicle dominance.
Detroit rivals GM and Ford have both recently pledged to invest even more in the EV market. Shares of GM (GM) have soared nearly 40% this year while Ford’s (F) stock has skyrocketed more than 75%.