Get all the latest news on coronavirus and more delivered daily to your inbox. Sign up here.

FOX Business’ Stuart Varney, in his latest “My Take,” argues that Rep. Alexandria Ocasio-Cortez should be regretting her decision to squash the deal to move Amazon's second headquarters to New York City, denying struggling residents thousands of big city jobs.

“Remember when Amazon wanted to bring tens of thousands of high-paying jobs to New York City?” he said. “I'm sure you remember Alexandria Ocasio-Cortez killing that deal. She didn't like non-union Amazon or super-wealthy Jeff Bezos. The jobs went elsewhere.”

Varney suggested that maybe New York is having “second thoughts” about the decision, now that coronavirus has crushed the economy and millions of Americans are unemployed.

VARNEY: IT'S TIME TO OPEN THE ECONOMY, SET PEOPLE FREE

“Gee, wouldn't it be nice to have 25,000 Amazon people in the city, earning a big paycheck?” he said. “Even the Democrat-leaning daily news suggests a little remorse is in order. The left is dangerous to your economic health.” 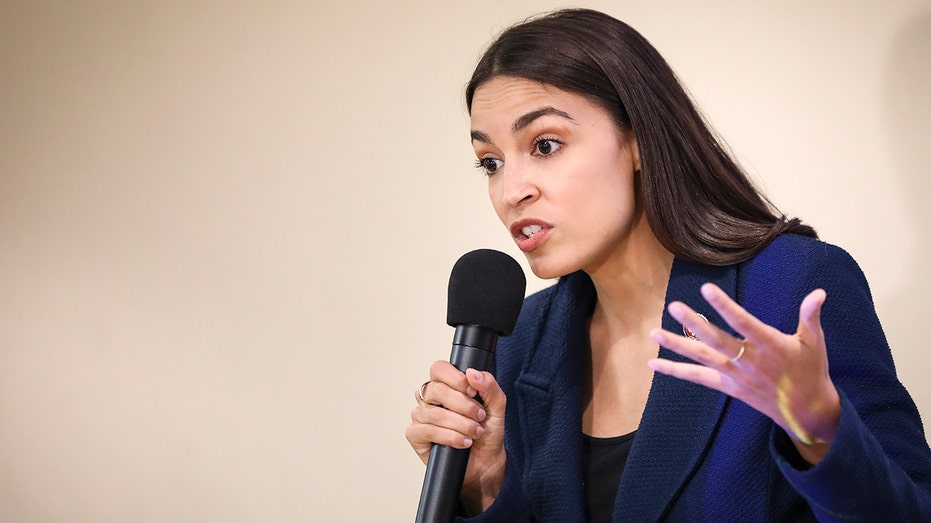 AOC doesn’t want Americans to return to work, Varney said, since she believes no one should work in an “unequal society.”

“No, she wants to educate us all so we move towards a general strike,” he said.

Joe Biden has named AOC co-chair of his climate committee, Varney said, as she has written the $90 trillion Green New Deal which will transform society into “super green socialism.”

Varney said all of this has surfaced while 40 million Americans have lost their jobs within the last two months.

“Not all of those jobs will come back,” he said. “What we need desperately is job creation, and you don't get that by rejecting the Amazons of this world. And you don't get it by banning all fossil fuels. We eagerly await a serious policy discussion from Joe Biden. What input will he get from AOC? And will he, like New York, come to regret taking her advice?”