Trump threatens higher tariffs if no trade deal with China

Trump: ‘China’s going to have to make a deal that I like’

The U.S. will raise tariffs on Chinese goods "even higher" if the two sides cannot finalize a trade deal, President Trump said Tuesday at the White House.

The two sides struck a "phase one" agreement in October and had hoped to have the deal in writing last week, but are still negotiating.

"China's going to have to make a deal that I like. If they don't, that's it. I'm very happy with China right now," Trump said during a press spray at a cabinet meeting. "They're paying us billions and billions. If we don't make a deal with China, I'll just raise the tariffs even higher." 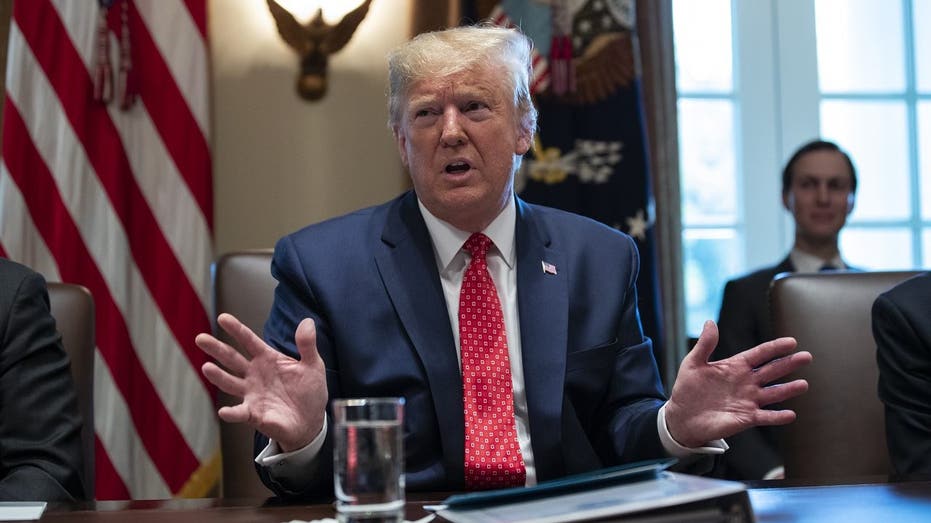 He said he has a "good relationship" with China.

"The two sides have engaged in constructive discussions around the respective core concerns of the first phase of the agreement and will continue to maintain close communication," the Chinese Commerce Ministry said.