New York (CNN Business)The third quarter is over and Corporate America will soon be reporting just how awful their latest earnings were during the Covid-19 pandemic and recession.

The bad news: Profits probably fell more than 20% compared to a year ago — the second-worst drop since 2009.
The good news: That’s actually an improvement over the second quarter, when earnings suffered a more than 30% plunge. That was the worst since the Great Recession in 2009.

But investors have gotten some hopeful signs lately: Wall Street analysts have boosted their earnings forecasts slightly for the third quarter, according to FactSet Research. Typically, Wall Street cuts its projections the closer companies get to reporting their numbers.
On September 1, analysts were predicting a profit drop of 22.2% in the third quarter. Now, Wall Street is expecting a 21% drop. That’s still a notable contraction, of course, but slightly less bad than the forecasts of just a month ago.

The same thing has happened with sales estimates. Revenue for the third quarter is currently expected to decline 3.6% from a year ago versus forecasts of a 4.1% drop at the start of September.

Have to admit it’s getting better

Sure, these may sound like subtle, incremental changes. And they are. But it’s all part of a bigger trend. Analysts also expect continued improvement for earnings in the fourth quarter, with a projected profit drop of 12.7% and sales decrease of 1.2%.
So Corporate America might be slowly turning the corner.
Wall Street is forecasting a sizable rebound in earnings and revenue for the first half of 2021, too, with profits set to rise nearly 13% in the first quarter of next year and soar 44% in the second quarter. 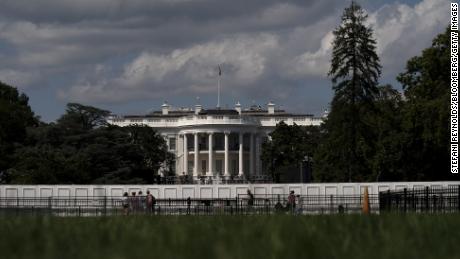 This earnings comeback is a big reason why stocks have skyrocketed from their March lows — despite lingering concerns about coronavirus, worries about whether more stimulus is coming from Washington and, of course, questions about the upcoming presidential election (and how long it may take until a victor is declared).
“The market is taking a lot of comfort from the fact that even though we are going to get a big decline in the third quarter, it was much worse three months ago” said Deepak Puri, chief investment officer of the Americas for Deutsche Bank Wealth Management.
“We are moving in the right direction. That is the comforting factor. Economies and businesses are starting to reopen,” he added.
Puri also noted that it’s encouraging to see that Big Tech companies like Apple, Amazon, Facebook, Microsoft and Google owner Alphabet, which make up a bulk of the S&P 500, are unlikely to suffer much of a hit to sales and profits.
In addition, earnings are starting to improve for companies in cyclical sectors that were hardest hit during the early part of the spring slump, such as industrials, materials and energy.
Still, there are many wild cards in play that could wreak havoc on earnings going forward.
Could a Joe Biden win over President Trump lead to higher taxes and more regulations on banks? Possibly. A second wave of Covid-19 cases in America also could cripple earnings growth and the broader economy.

That’s why Puri concedes that investors have to take current forecasts with a grain of salt.
“Estimates could go higher in 2021 due to expectations for a fast recovery. But the outlook is highly uncertain,” he said. “Reality almost never syncs up with the early estimates from analysts.”
Source: Read Full Article