Sterling steady in calm before storm, Brexit talks in focus

LONDON (Reuters) – The British pound calmed on Thursday after whipsawing the day before as investors tried to understand whether a British bill to undercut the Brexit divorce deal would cause the European Union to leave the negotiating table. 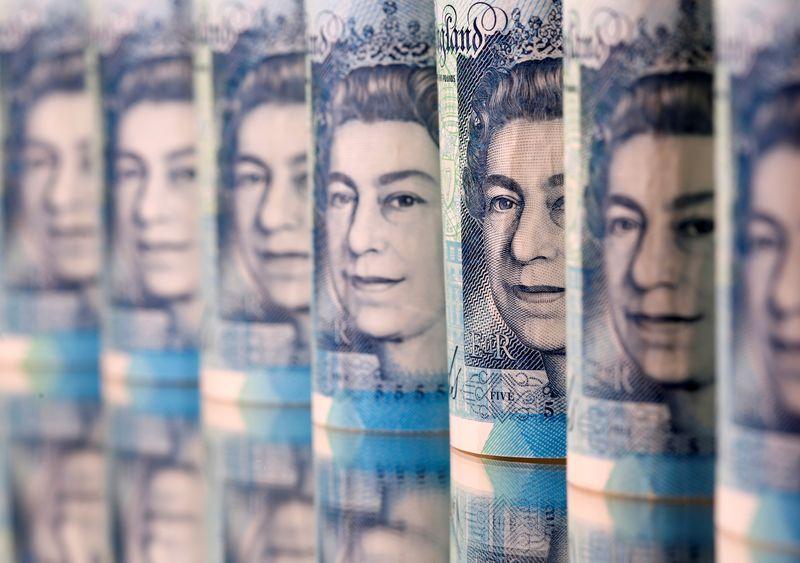 Britain and the EU will hold emergency talks at 1200 GMT, in addition to ongoing negotiations this week.

After Britain stated that by passing the Internal Market Bill it would act outside international law by breaching the divorce treaty, EU negotiators are trying to gauge how to deal with London.

Goldman Sachs analysts think the UK government’s moves are intended to extract “concessions on the UK’s ability to diverge from EU regulatory standards while still enjoying zero-tariff/zero-quota access to EU markets” after the transition period ends this year.

Britain left the EU in January, but is now in a transition period during which it has access to EU markets. It was given a year to agree a new trade deal with the EU.

Goldman Sachs expects “the perceived probability of a breakdown in negotiations to escalate over the coming weeks,” but its base case remains a “thin” free trade agreement that steers both sides back from the brink.

The bloc could take legal action under the treaty with Britain if emergency talks on Thursday do not reassure Brussels sufficiently that a proposed new British law will not break agreed commitments.

U.S. House of Representatives Speaker Nancy Pelosi said on Wednesday any potential U.S.-UK trade deal would not pass the U.S. Congress if Britain undermines the Good Friday Agreement as it exits the EU.

The Good Friday Agreement – which ended conflict in Northern Ireland – lies at the heart of the Brexit Withdrawal Agreement, which if undercut would cause tensions at the Irish border.

Britain hopes to forge trade deals with the United States and China after its departure from the bloc. Signing agreements with other countries alone was one of the reasons Britain said it wanted out of the EU.

Overnight sterling implied volatility rose to 13%, its highest since March 26, when markets were in turmoil because of the coronavirus pandemic. Higher implied vols suggests traders are adding options contracts to protect against unexpected moves in the currency.

Implied volatility gauges for other maturities were also elevated, including the six-month options contracts – comprising the end of the transition period – which stood close to its highest since mid-May.

“Despite the recent sterling fall and given the prior market complacency, we estimate that only a limited degree of risk premium is priced into the currency, allowing for further sterling downside,” said ING analysts in a note to clients.

ING forecasts that euro/sterling will break the multi-month high of 91.76 pence in coming days, it said.

Latest data from the Commodity Futures Trading Commission showed that hedge funds were slightly long the British currency, which could open the door to more declines if those longs were to be unwound.

A Roth IRA may help fund your home purchase. Here are the pros and cons