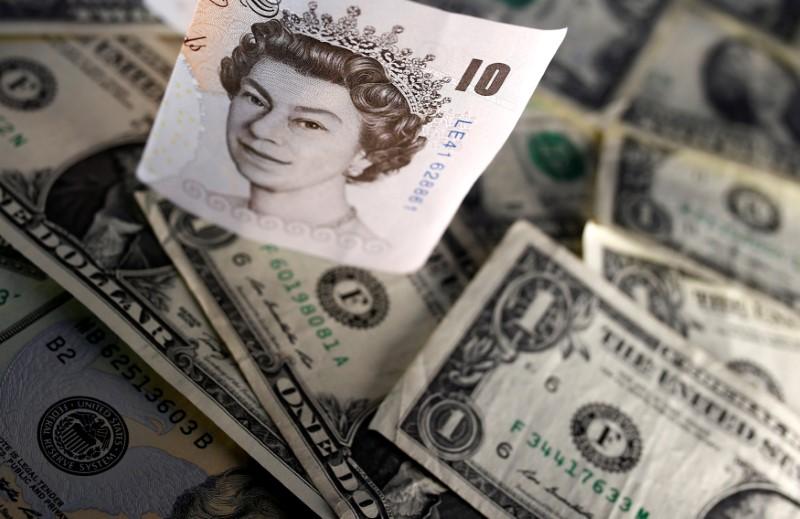 LONDON (Reuters) – Sterling hovered around $1.26 on Wednesday after rising to a one-month high against a broadly weaker dollar as Britain showed signs it might be willing to compromise on sticking points to reach a Brexit deal.

The dollar fell against most currencies as investors pondered what the potential fallout might be from the mass protests against racism spreading across the United States. And prospects for more government stimulus and a global economic recovery emboldened investors to step up holdings of riskier assets.

Sterling continued to be supported by signs that Britain and the European Union might be able to reach a compromise on fisheries and trade rules as the two sides launched a fourth round of Brexit virtual talks this week to try to secure a free trade deal.

ING analysts said in a note to clients, however, that the rally could be short-lived as Brexit continues to be a “major headache for the pound.”

“GBP has enjoyed some temporary out-performance on reports of more flexibility in the UK Brexit position, but we doubt GBP can hold onto gains,” they said.

Versus the euro, sterling lost 0.1% to 89.07 as the pound is still weighed down by many factors, including Brexit-related risks and speculation about negative rates.

New rules designed to ease the coronavirus lockdown in England came into force on Monday.

Britain’s COVID-19 death toll neared 50,000 on Tuesday, confirming its place as one of the world’s worst hit countries.

Do or Die For Bitcoin Bulls: Here’s What Could Trigger A Sharp Decline