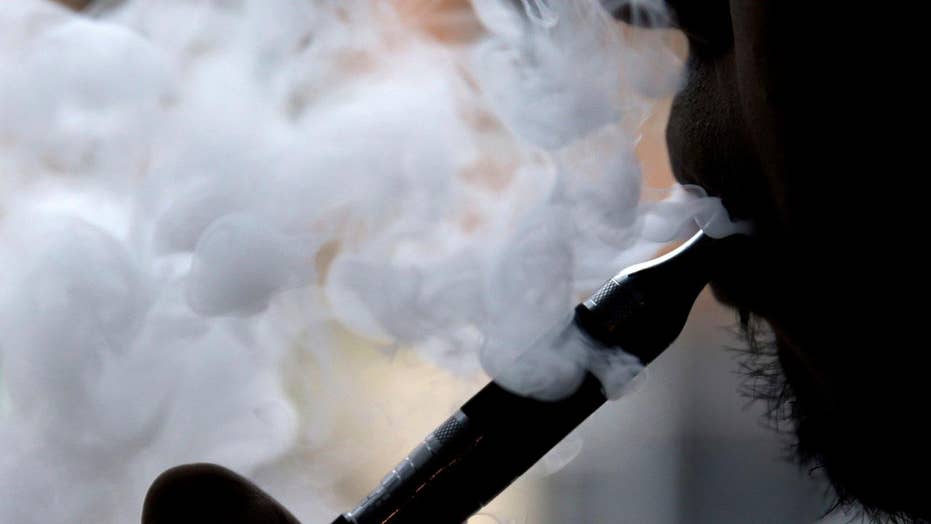 E-cigarettes are safer than traditional cigarettes, according to an executive for a vaping trade association, a claim Fox News anchor Shepard Smith argues is not backed by evidence.

In an interview on "Shepard Smith Reporting," Tony Abboud, executive director of the Vapor Technology Association, began by saying "we know from scientists that vaping is safer than smoking cigarettes."

"I have a Google machine and access to the research," said Smith, citing that "there are no long-term studies to back up claims that the vapor from e-cigarettes is less harmful than conventional smoke, so why do you push that line?”

Smith argued that, according to the American Lung Association, "e-cigarettes are not safe and can cause irreversible lung damage and lung disease." Abboud responded by pointing to the American Cancer Society had placed vaping on a lower risk scale than cigarettes.

The interview came after President Trump said Wednesday that his administration is looking to ban all non-tobacco flavored e-cigarette products.

Health and Human Services Secretary Alex Azar told reporters at the White House that officials with the Food and Drug Administration will create guidelines on the ban, a process that could take months.

In March, the FDA issued a proposal to restrict the sale of flavored e-cigarettes. The restrictions, which have not been finalized, would affect sweet and fruity flavors, but not mint and menthol, which are also said to attract teens.

The proposed ban comes as cases of vaping-related lung illnesses have surged in recent weeks. Health officials recently said there are now more than 450 possible cases across 33 states. At least six people have died; the most recent death was reported in Kansas

Smith reminded Abboud that the tobacco industry failed to warn Americans for decades about the dangers of smoking, "hooking generations of people" on a deadly carcinogen.

"People didn't know this is gonna kill me. Like my mom didn't know I'm gonna smoke for 50 years and then I'm gonna die with bad COPD because nobody told her back at the beginning," he said, arguing it's "undeniable" that vaping products pump harmful substances into the body.

Abboud pushed back that "we don't know" about the accuracy of the research Smith was citing.

Varney: Coronavirus an economic, political, health challenge
We and our partners use cookies on this site to improve our service, perform analytics, personalize advertising, measure advertising performance, and remember website preferences.Ok