Sean Hannity explains his 'love' for Kanye West: 'He is a true original' 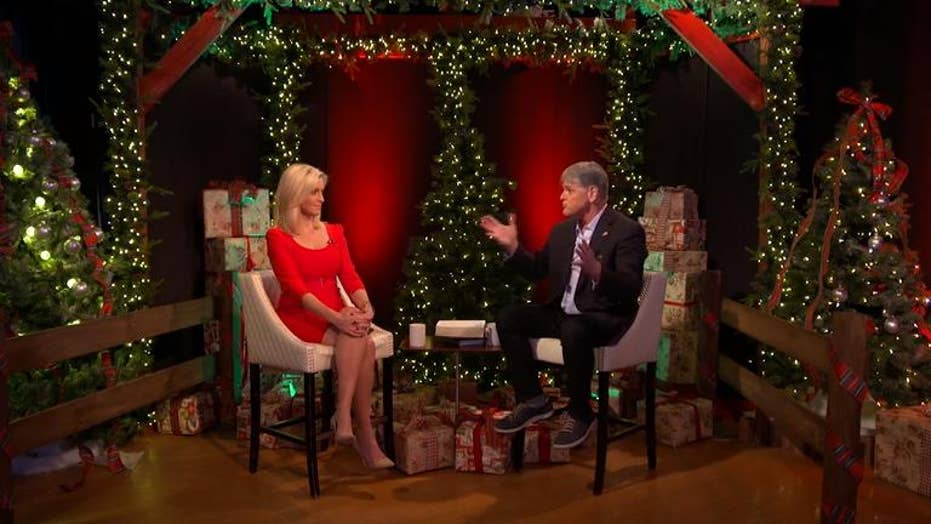 "What I love about Kanye is he goes out, he doesn't care whether people like it that he's faithful now. He's not living his life based on other people's opinions," Sean Hannity said in a Christmas edition of "Ainsley's Bible Study."

"I was on your show recently and you were talking about Kanye West," said Ainsley Earhardt in reference to Hannity devoting a significant portion of his show, "Hannity," to the musician's visit to a megachurch, amid a wild news cycle.

"You gave a lot of time to that segment," observed Earhardt. "And I thought 'we're in the middle of an impeachment hearing and he is giving a big portion of his show to Kanye West.'"

"I love that he doesn't care what anyone in the world thinks about him. He is a true original. We should all be originals," Hannity replied.

"What I like the most is that he stopped at a prison," he continued, referencing West's surprise visits to two Harris County jails in Houston last month. "Kanye West didn't have to stop at the prison. He stopped at a prison, and then more importantly, what I liked about it, he first saw the guys…then went to see the girls in prison, [he] spent time with everybody."

The music superstar performed and provided some motivational words to the inmates, reportedly telling them, "This is a mission, not a show" per Sheriff Ed Gonzalez, who tweeted about the visit. Kanye and his choir performed for more than 200 male inmates at one jail facility before crossing the street to another jail facility and performing for a smaller crowd of female inmates.

"I love the fact that he's original and that he did all that," concluded Hannity. "He doesn't have to. He could have done a concert, made $4 million. No, he went to see the prisoners and the prisoners cried, that is cool. That's Christianity to me."

The husband of Kim Kardashian, and host of the much-hyped "Sunday Services" who has praised President Trump and criticized the Democratic Party, recently released his long-awaited "Jesus Is King" gospel-rap album, which quickly rose to No. 1 on the Billboard 200 albums chart.

To watch the full episode featuring Ainsley Earhardt and Sean Hannity as they explore their religious journey to faith, join Fox Nation and watch the full holiday special of "Ainsley's Bible Study" today.

CELEBRATING ONE YEAR OF FOX NATION — FOR A LIMITED TIME, SIGN UP AND GET 35% OFF WITH PROMO CODE: CELEBRATE