Rep. Jordan backs up McCarthy's remark that US almost had 'coup' from Trump-Russia probe 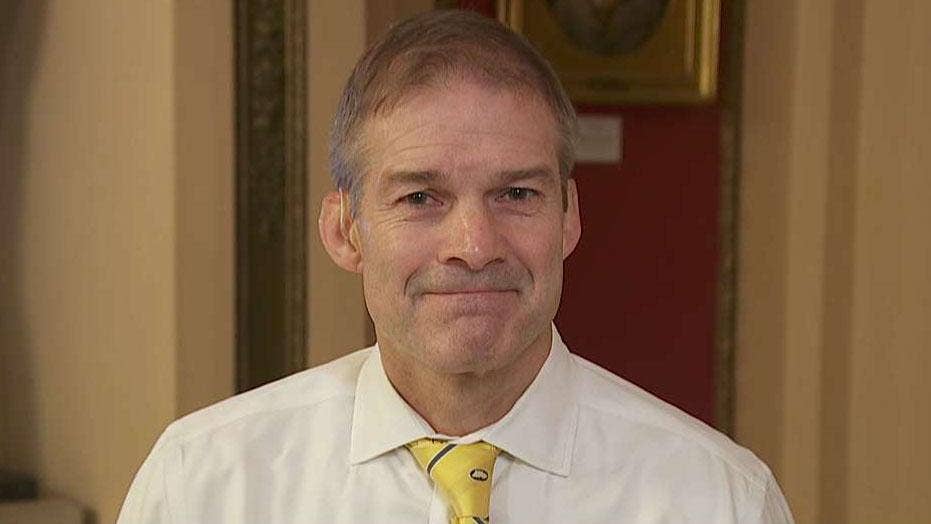 Republican Rep. Jim Jordan speaks out on the upcoming release of the FISA abuse report and Democrats’ Trump impeachment push on ‘America’s Newsroom.’

The ranking Republican on the House Oversight Committee told “America's Newsroom” that he expects the report to be released within weeks.

"We came the closest ever to this country having a coup, and now we need accountability," he said on "Sunday Morning Futures."

When asked if there will really be accountability, McCarthy promised, "Yes."

“Kevin’s characterization of this is exactly right,” Jordan said, pointing to the actions already uncovered by Horowitz.

He said lawmakers have learned from Horowitz about the romantic relationship between anti-Trump FBI employees Peter Strzok and Lisa Page, lies under oath by McCabe and about the attempt by Comey to "trap" Trump at a meeting at Trump Tower before he became president.

Jordan said potential prosecutions for such activity will be determined by U.S. Attorney John Durham, who was tapped by Attorney General Bill Barr in May to probe the origins of the Trump-Russia investigation. He said it will be "a while" before Durham's probe is concluded.

Horowitz's next report will address concerns over whether or not the FBI acted improperly in obtaining a FISA warrant to monitor former Trump campaign adviser Carter Page in the early stages of their investigation of Russian election interference and possible Trump campaign connections.

The Inspector General's office has already turned over a draft of its findings to Barr.