Oil prices rise as UAE refuses to back OPEC+ agreement

New York / London (CNN Business)Oil prices soared on Tuesday after major producers, including Saudi Arabia and the United Arab Emirates, fell out over plans to increase production in the face of rising global demand.

The price of Brent crude, the global benchmark that has surged roughly 50% this year, rose above $77 a barrel to reach its highest level since October 2018.
US oil futures increased 1.5% to $76.32, a remarkable recovery from April 2020, when prices crashed to negative $40 a barrel.

The surge comes after the Organization of Petroleum Exporting Countries and its allies, including Russia and Mexico, canceled a Monday meeting to discuss plans to lift production curbs as demand for oil recovers following the coronavirus pandemic.

The talks were carried over from last week after producers failed to agree on production increases. No new date for the meeting has been set.

OPEC+ has only gradually added back production that it aggressively sidelined during last year’s oil crash. But as economies reopen, manufacturing picks up and people start to travel again, demand for oil is outpacing supply and sending prices higher.
The high drama comes as Americans hitting the road for the Fourth of July holiday were greeted by a seven-year high in gasoline prices, adding to inflation headaches already buffeting the economy. The average price of a gallon of regular gas in the United States stands at $3.13, up 95 cents, or 44%, from a year ago.
Analysts have said that the only solution is for OPEC+ to pump more oil to meet surging demand. But members of the alliance disagree on how much oil should be added back to global supply.
OPEC member the United Arab Emirates, which has invested heavily in recent years to boost its production, has argued publicly that the baseline from which its share of cuts are calculated is too low. The UAE was OPEC’s third-biggest producer in 2020. 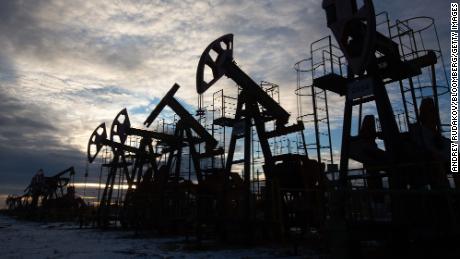 UAE Energy Minister Suhail Al Mazrouei said over the weekend that the current deal wasn’t “fair,” arguing it had been forced to idle one third of its production while other countries were allowed to pump more relative to their maximum output.
“We cannot extend the agreement or make a new agreement under the same conditions. We have the sovereign right to negotiate that,” the minister said in a televised interview on Sunday.
For many years, the UAE and Saudi Arabia, the de facto leader of OPEC, have been close allies.

But relations between the two nations have been tense more recently and analysts said that could factor into the current OPEC deadlock. In fact, some OPEC watchers see a risk that the UAE could leave the cartel altogether.
— Chris Isidore, Hanna Ziady and Matt Egan contributed to this report.
Source: Read Full Article