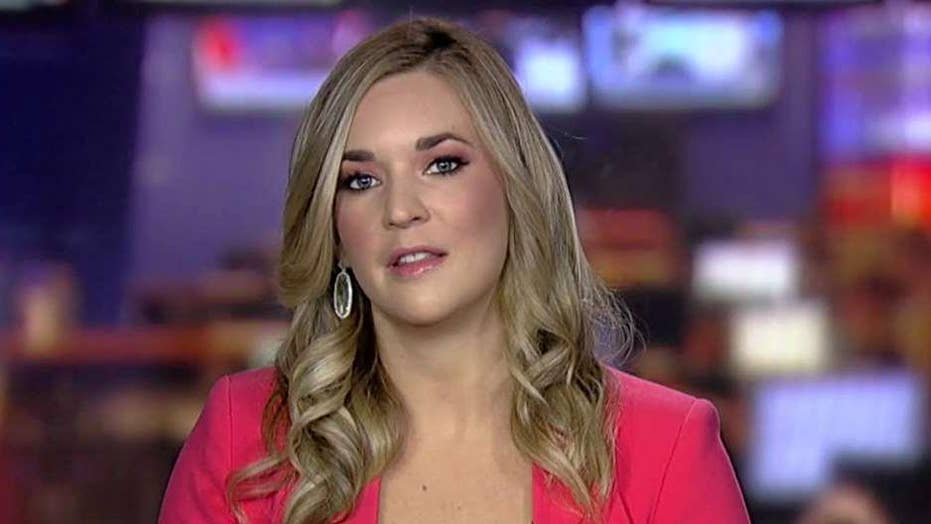 Katie Pavlich on the cost of Democrats’ climate change plans

The Democrats’ climate change proposals – like Rep. Alexandria Ocasio-Cortez’s Green New Deal – are not sustainable in terms of cost and will not “impact the environment in the way that Democrats have promised,” Fox News contributor Katie Pavlich said Thursday.

Appearing on “America’s Newsroom” with host Sandra Smith, Pavlich claimed the plans provided by 2020 Democratic presidential candidates will “[overturn] the economy, give more control to the government, and allow the government to regulate almost every aspect of American’s lives by calling it a plan to fight climate change.”

“They will not bring down the global temperature. They will not make cars and energy and things like windmills more efficient,” Pavlich stated.

“You’ll remember, AOC is the one driving this conversation with her Green New Deal. And, her chief of staff admitted that the Green New Deal wasn’t actually about solving the ‘climate crisis,’ she told Smith. “It was actually about turning the American economy from a capitalist system to a socialist one where the government is more involved with these kinds of regulations.”

This move is a continuation of the Environmental Protection Agency's fervent efforts to roll back Obama-era regulations.

“Well, look, this sets up another battle between California and the Trump administration,” Pavlich said.

The administration’s move seeks to neuter California's resistance to the proposed rewrites of the Obama-era rules that would have required automakers to accelerate the deployment of more fuel-efficient cars and light trucks.

The president promoted the move on Twitter, writing: “Many more cars will be produced under the new and uniform standard, meaning significantly more JOBS, JOBS, JOBS! Automakers should seize this opportunity because, without this alternative to California, you will be out of business.”