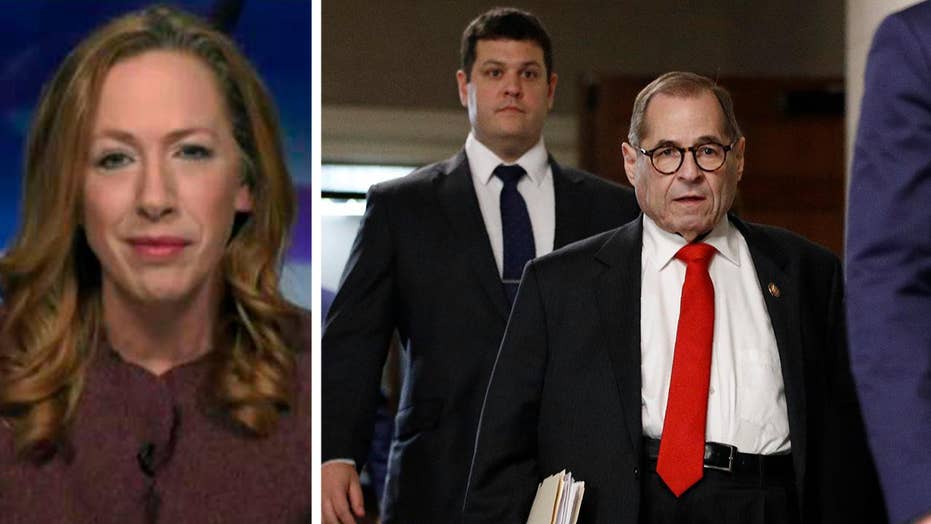 ‘Resistance (At All Costs)’ author Kimberly Strassel breaks down the impeachment inquiry on ‘Tucker Carlson Tonight.’

Strassel told "Tucker Carlson Tonight" that Democrats initially claimed that Trump committed extortion, then bribery, then a 'quid pro quo' — but finally settled on obstruction of Congress and abuse of power.

"It was funny, we saw those articles of impeachment — we at the Editorial Board called it 'Honey, we shrunk the impeachment'," she remarked referencing the 1990s "Honey, I Shrunk the Kids" films starring Rick Moranis.

"Adam Schiff spent six weeks lecturing the country on the proper definition of 'bribery', which was something removed from all statutes or the history of the country, but it was the way [Democrats] had to define [impeachment] in order to pack it into what they say Donald Trump did," Strassel said.

"Suddenly it disappears and this is because someone in the Democratic Party realized if you expand the definition the way they did and say any time any politician asks for something from another country in a way that might benefit them in some way, that their own party would be implicated."

She added that there should be no concern that impeachment will work to the Democrats' advantage as a talking point going into the 2020 election.

Instead, she said the fact Trump would likely be impeached could also work in the Republicans' favor in that they could ask the public whether they want the party that just impeached the president to continue to wield power in Congress.

Earlier on "Tucker Carlson Tonight," House Judiciary Committee member Louie Gohmert, R-Texas, also commented on the impeachment investigation, claiming it was the Democrats who have acted inappropriately during the impeachment process.

"They've abused power," he said. "Like [George Washington University law professor Jonathan] Turley said, it is Congress that's abusing power, and how ironic that … Joe Biden would say if he were subpoenaed to the Congress or the Senate, he would defy it, he wouldn't do it."

"That is what this mob is trying to kick out Trump from the White House [for]," he remarked.

The scorched earth of Surrey: Image shows the damage left by wildfire
We and our partners use cookies on this site to improve our service, perform analytics, personalize advertising, measure advertising performance, and remember website preferences.Ok