Online used car retailer Carvana's stock is falling today because despite a smaller than expected loss and "seeing more demand than ever before," it missed revenue estimates and has warned that inventory constraints are "meaningfully limiting sales" and hampering growth. There aren't enough used cars to meet demand.

Somewhere the polarizing master builder Robert Moses is smirking as the pandemic makes us think twice before gripping a subway pole, brushing past others on a bus or jumping into an Uber Pool. Besides, interest rates are extremely low right now. Below is the google search interest in the U.S. for the phrase "buy a car" over the last five years. It hit an all-time high at the end of May and has stayed elevated. 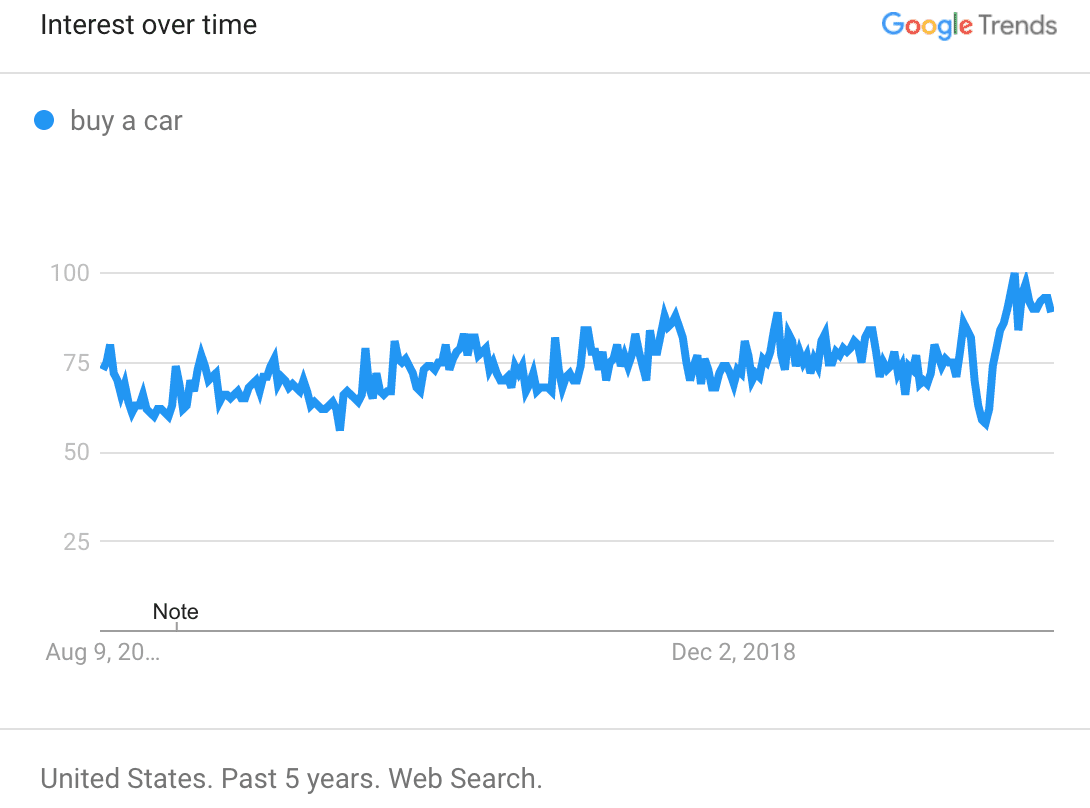 Americans do seem very comfortable traveling outside their cities in cars right now. Airbnb says hosts in rural areas of the U.S. earned over $200 million in June 2020, a 25% increase from the same period a year ago.

Below you'll see routing requests on Apple devices in the U.S. since January 13, 2020. Driving is up the highest from baseline with walking and transit lagging. 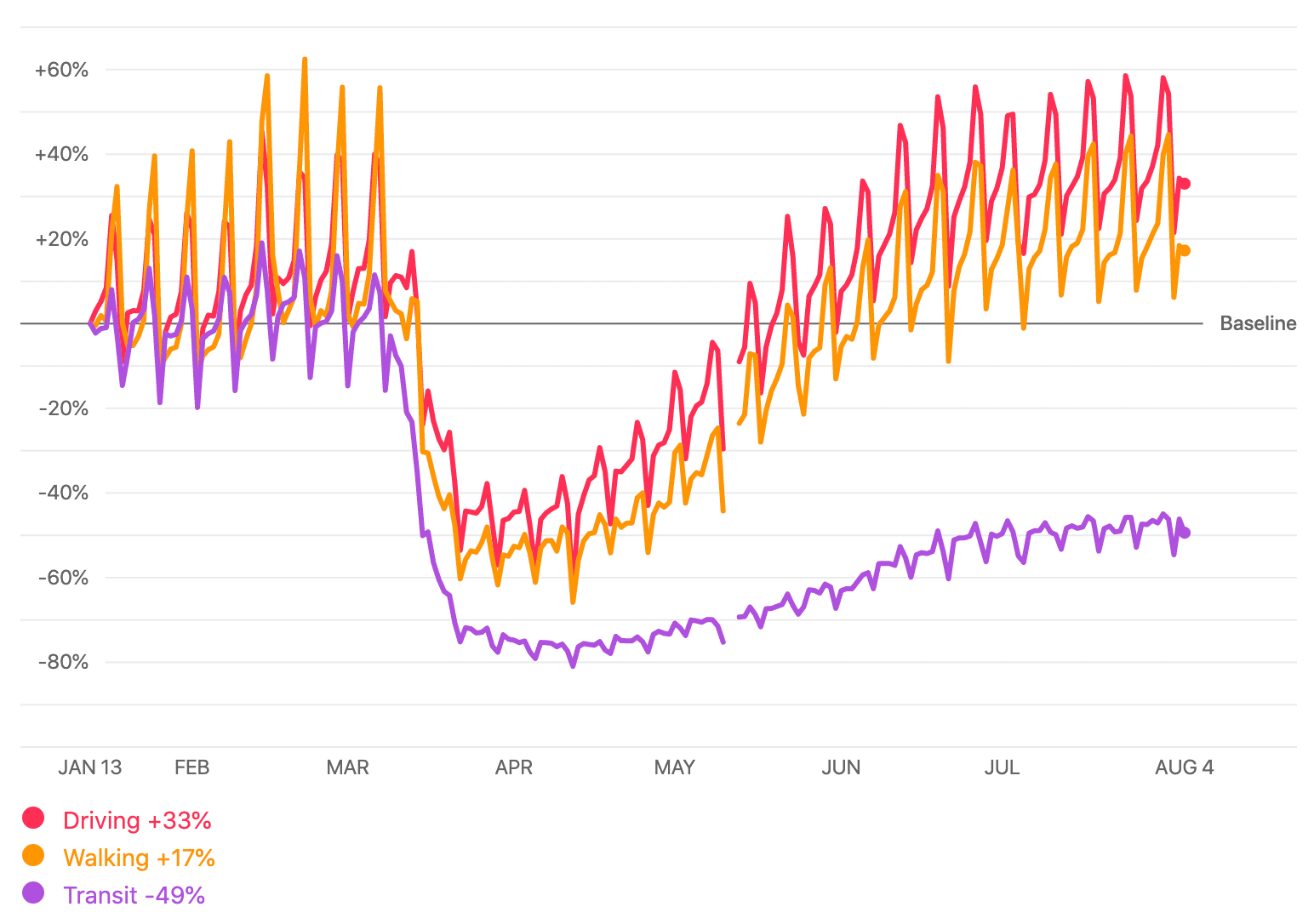 Online used car sellers have gained from customers' contamination fears. Used car prices are spiking to record levels since demand is up and fewer owners have been selling during to the pandemic. The average listing price for all used vehicles climbed to $21,558 in July, marking a $708 increase compared to June, as "inventory has been severely limited on the new side," said car-shopping website Edmunds. "This is an unprecedented historical shift in the used vehicle market, where listing prices typically decrease during this time period due to depreciation," it noted. Used-car inventory at dealerships fell below 2.2 million vehicles by late July, down 22% from July 2019, according to research firm Cox Automotive. If you've been thinking of selling, this is your market.

Exacerbating the used car shortage is production struggling to keep up the supply of new cars due to the coronavirus. Companies are seeing labor shortages in factories and deliveries, and outbreaks at plants. The Detroit News spoke to dealers in motor-obsessed Texas while it saw a spike in cases, and they complained not of slowing sales, but of vehicle shortages. J.D. Power says that 41% of all new vehicles sold in July spent fewer than 20 days on the lot, up from 35% a year ago. According to Wards Intelligence, final inventory numbers are expected to register an eight-year low for the month.

While new vehicle sales improved for the third consecutive month in July, they still are lower from the same time last year. The National Automobile Dealers Association expects "inventory constraints in popular segments will be a headwind for new-vehicle sales for the rest of the summer."