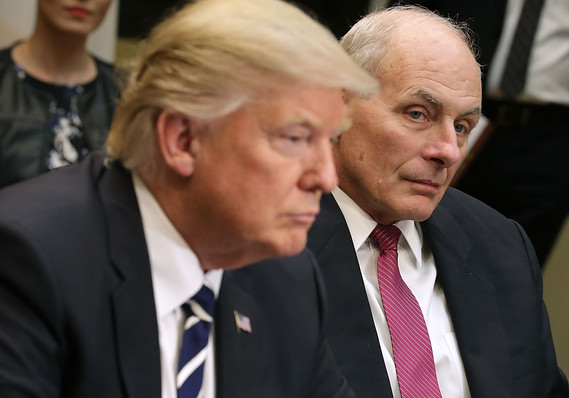 President Donald Trump attacked John Kelly on Thursday after his former chief of staff unloaded on him over a string of issues during a question-and-answer session at a university in New Jersey on Wednesday.

Kelly criticized what the commander-in-chief has said about several hot-button issues during the event at Drew University, which was covered by a reporter from the Atlantic. Among his chief misgivings was the treatment of Lt. Col. Alexander Vindman, a White House aide ousted from his National Security Council gig late last week after testifying in the president’s impeachment hearings.

Kelly argued that Vindman, the former Ukraine expert at the National Security Council who became a key witness in the House impeachment probe, was just doing his job when he reported Trump’s controversial phone call with President Volodymyr Zelensky of Ukraine.

Kelly, who served as homeland security secretary before taking the chief of staff job, said Trump’s border wall does not need to extend “from sea to shining sea,” and that Trump’s meetings with North Korean leader Kim Jong Un were futile. “He will never give his nuclear weapons up,” Kelly said.

Trump ripped Kelly over a pair of tweets, saying the retired U.S. Marine Corps general “knew full well that he was way over his head” in his position. “He came in with a bang, went out with a whimper, but like so many X’s, he misses the action & just can’t keep his mouth shut,” Trump said: