FOX Business’ Charles Gasparino discusses Tesla’s stock rising above $500 per share, the lack of willingness in Congress to crack down on big tech in 2020.

"Hillbilly Elegy" author J.D. Vance and fellow venture capitalists including Peter Thiel have raised $93 million for a new venture capital firm to be based in Cincinnati, Ohio.

POMPEO TO DINE WITH TECH LEADERS INCLUDING ORACLE CO-FOUNDER IN SAN FRAN: REPORT

Thiel and fellow billionaire Marc Andreessen will be some of the fund's backers, Axios reported. Like Vance, both Andreessen and Thiel have Midwestern ties: Andreessen grew up in Iowa and Wisconsin, while Thiel's family moved to Cleveland, Ohio, when they first emigrated from Germany. 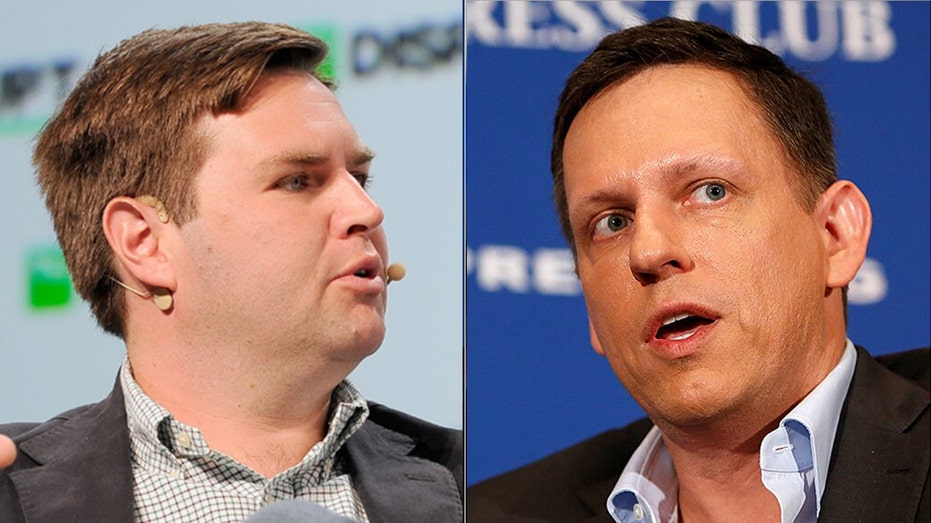 Narya could focus on life sciences, defense, robotics and other areas of technology, a source told Axios. The research and development firm Batelle is one of Narya's investors as well, Axios reported.

Andreessen is reportedly attending a dinner with Secretary of State Mike Pompeo and other tech leaders in San Francisco on Monday night.

FOX Business' inquiry to Narya was not immediately returned.