Four easy steps to help soup up your super

If someone on an average, full-time, before-tax wage of $83,486 was to receive 9.5 per cent compulsory super for their whole working life – from commencing at age 25 to retiring at 67 – they would kick back in retirement with $374,308.

That’s based on the super calculator at The Australian Securities and Investments Commission's moneysmart.gov.au, which models a balanced fund (so one with about 70 per cent in growth assets with some defensive ones in there, too) that returns a realistic-over-the-long-term 4.8 per cent. 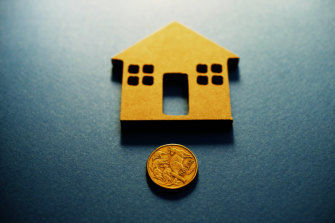 There are a number of steps you can take now to help boost your super to enable a comfortable retirement.

The problem is that is $170,692 short of the $545,000 the Association of Superannuation Funds of Australia says is necessary to retire in comfort. Roughly 30 per cent.

However, that’s where the scaremongering ends today… because here are the four fixes – the steps to soup up your super with little pain to your hip pocket.

Check you are in a decent fund

The median annual return over the five years to the end of the financial year was 7.7 per cent (again, for balanced funds), according to SuperRatings.

Can’t bring yourself to care? Well start. That level of return more than gets our model 25-year-old over the $545,000 hurdle to achieving, if not a luxury retirement, a comfortable one.

Dig out your super statement, or be sure you actually open it when it arrives, and see if your fund is making the current 7.7-per-cent grade, or whether it falls short.

Recent performance does count but you want solid returns over the longer term, not a one-hit wonder.

Now, you need to know that your super fund displays your returns net of fees and the "beat-this" benchmark above is also net of fees.

Fees act as a natural impediment to performance. So, if yours are above the 1.08 per cent that SuperRatings says is today’s median for a balanced fund (the administration plus investment fee), you need to question whether you are getting higher returns for that higher cost.

If your fund fails either of the above tests, simply switch to one that passes with flying colours… generally an industry fund that operates on a not-for-profit basis.

You can find the best at SuperRatings  (you’ll need to put in some of your details) or Canstar (Tick the ‘No’ box for ‘Only show funds that link to a fund’s website’, so you see more of the market)

Know, too, that, since July 1, exit fees have been banned.

This strategy requires a bit of an investment but when you pay extra into super by salary sacrificing, or claim a deduction for it if you are self-employed, more money goes into super than you lose. This is because it is paid before tax.

How could the figures for an Australian with long-term average returns change?

However, a salary sacrifice of 5.3 per cent, which remember hasn’t cost you nearly as much as that, would see you hit that comfy cushion of $545,000.

This is all, however, at the more conservative 4.8 per cent return assumed by ASIC’s calculator.

If your returns were instead the 7.7 per cent, that’s average right now over five years, that level of salary sacrifice would land you with nearly $1 million at retirement.

There is free money available if you pay in extra to super after tax – and any families with a member who has been off work for a period – perhaps due to a work "break" to raise children – need to particularly listen up. This is a tremendous way to make up the lost time and money.

In periods you are earning, if you make a $1000 payment into your fund, the government will tip in up to $500 on top.

Called the co-contribution, this is available for people on incomes up to $53,564 this tax year. And it’s something they should be doing each and every year.

Even in periods you are not earning, if one spouse pays in $3000 for the other, they will be eligible for a tax offset of up to $540.

Called the – you guessed it – spouse contribution, this perk is perfect for those on incomes up to $40,000. Once again, if they can afford it, families should do it year after year.

And a quick word on a related opportunity: from July this year, you can start mopping up a rolling five years of unused concessional contributions allowance (if your balance was below $500,000 each previous year).

Usually, this is up to the $25,000 limit you can pay in pre-tax every year (including what your employer contributes).

Sure, you need the money to take advantage of this opportunity but any amount extra is a great way to help undo previous damage caused by under contributing.

Harry, Meghan to quit royal jobs, give up 'highness' titles
We and our partners use cookies on this site to improve our service, perform analytics, personalize advertising, measure advertising performance, and remember website preferences.Ok