Atlanta businesswoman expected to be named US senator

Varney: Your money is fine but Congress is a mess

His choice of Kelly Loeffler, a political newcomer, defies Republicans who had pushed him to choose Rep. Doug Collins, one of the staunchest defenders of President Trump.

The consultant spoke on condition of anonymity on Monday because Kemp has yet to publicly announce the decision, which comes after weeks of speculation over his choice for a Senate seat Democrats are hoping to win in 2020.

Loeffler, perhaps best known as co-owner of the Atlanta Dream professional woman's basketball franchise, will have to defend the seat next November as Republicans battle to maintain control of the Senate and the White House. 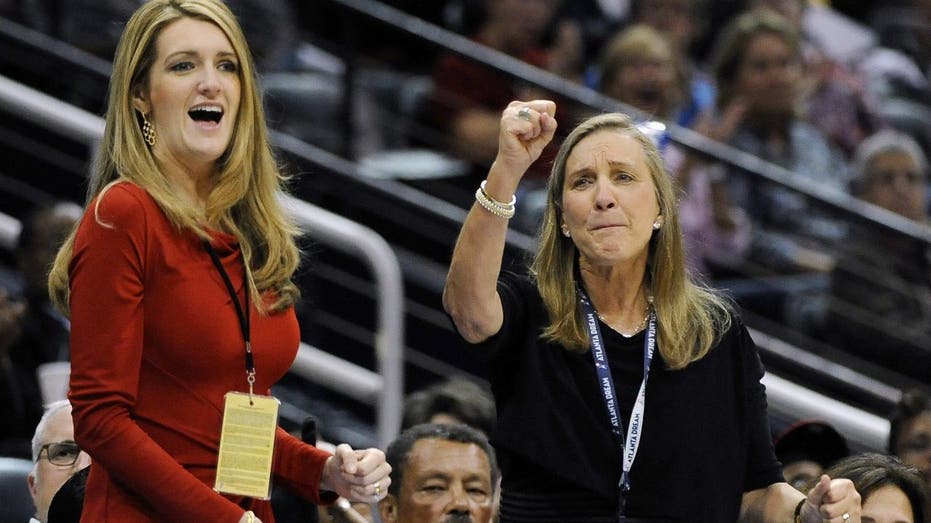 FILE-In this Tuesday, Sept. 6, 2011 file photo, Mary Brock, right, and Kelly Loeffler cheer from their courtside seats as the Atlanta Dream basketball team plays in the second half of their WNBA basketball game, in Atlanta. (AP Photo/David Tulis, Fil

By picking Loeffler, Kemp might have set up a bitter GOP clash over the seat, as Collins has publicly left open the door to running against her next year.

VIDEO: THE WHITE HOUSE HALLS ARE OFFICIALLY DECKED FOR CHRISTMAS

In just about 10 more months, the seat goes to an open-to-all special election for the last two years of Isakson's term in November 2020. Also on the ballot will be Republican Sen. David Perdue, another vocal Trump defender. With both of Georgia's GOP-held Senate seats on the ballot alongside Trump in 2020, the race is raising the state's profile as a political battleground where Republicans still dominate but Democrats have made substantial inroads in recent elections.

In the event of a Loeffler victory in 2020, she would be the first woman elected to the Senate from Georgia.

But Democrats are hoping to capitalize on dissatisfaction with Washington, bidding to break the GOP's hold on the Deep South. They're spending big in Georgia on the hopes that continuing demographic changes that have left the state less rural and more diverse could help them deliver an upset in November. The Atlanta suburbs are the biggest target as they have trended more Democratic since Trump's election.

Collins would have brought instant name recognition and a ready-built campaign coffer to the race. Kemp instead continued his track record of appointing a diverse slate of candidates to state boards and judicial posts that has been an unexpected hallmark of his first year in office.

Democrat Matt Lieberman, the son of former U.S. senator and vice presidential candidate Joe Lieberman, has announced a bid for the seat, and several other Democrats are mulling potential bids.

In September, Kemp took the unusual step of opening an online application process for the Senate seat and asked everyone from congressmen to ordinary Georgians to apply.

The governor's office was soon flooded with hundreds of applications. Many were sincere. Others, like one submitted for Kermit the Frog, were not.

Loeffler's submitted her application just hours before the online portal was closed, prompting speculation that she may have done so at Kemp's urging.

Bitcoin Trading Exploding in India Since Supreme Court’s RBI Ban Reversal | BTCMANAGER
We and our partners use cookies on this site to improve our service, perform analytics, personalize advertising, measure advertising performance, and remember website preferences.Ok