More shops are starting to accept cryptocurrencies for their products and services. This helps companies reduce costs and attract new customers. This time, Stephen James BMW, an important authorized BMW car dealership from London and Kent announced on Twitter that it is going to accept Bitcoin for the purchase of new cars.

With the growing influence that virtual currencies had in the market, new companies are starting to accept this famous cryptocurrency for products and services.

Stephen James announced on Twitter on July the 5th that is is accepting Bitcoin (BTC) payments for the purchase of BMWs on its stores.

The tweet uploaded by the company reads as follows:

“Stephen James is now accepting Bitcoin for the purchase of your new BMW! Contact us today to find out more about how you can use Bitcoin to walk away with a brand new vehicle #bitcoin #bitpay.” 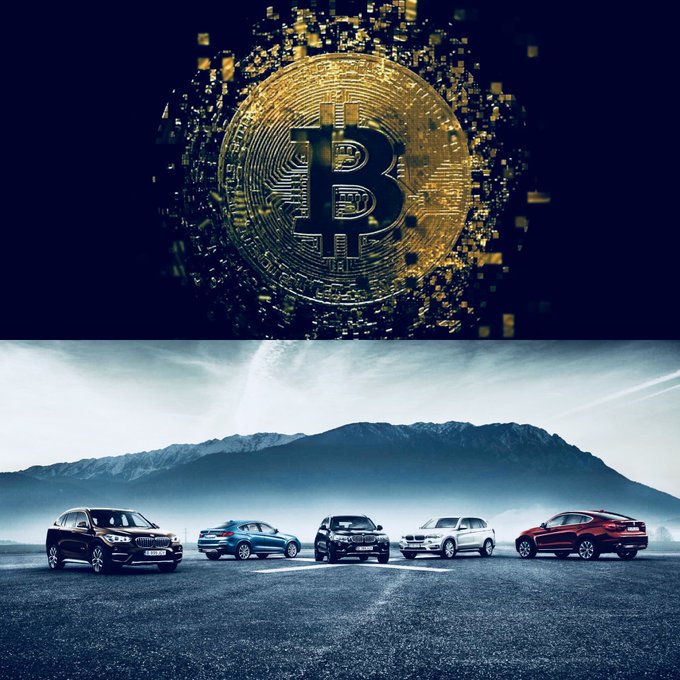 Stephen James is working with BitPay, a platform specifically designed for merchants to accept and receive cryptocurrency payments and that works and operates in different parts of the world.

With the latest information, customers will be able to purchase used or new cars from the Stephen James BMW Group. It has 4 dealerships, and it is the number 3 car dealership for new and used BMWs.

The car industry has always been revolutionized by cryptocurrencies. The famous phrases about people buying Lambos have been used systematically during the last bull market at the end of 2017. But there are other cars that can be bought for cryptos.

For example, a small manufacturer of custom cars started accepting Bitcoin for the Ford they commercialize. They will be accepting not only Bitcoin (BTC), but also Bitcoin Cash (BCH), Litecoin (LTC), Ethereum (ETH) and Docademic (MTC). But the company known as Classic Recreations, will not only be accepting these currencies but also many others.

“My entire life I have had a strong fascination for technology and its evolution. Cryptocurrencies have come a long way and continue to solidify themselves as a legitimate currency on the global market.”