Soccer Manager is a provably fair, completely decentralized game built upon the blockchain; it is an excellent advancement for blockchain technology in this space as the only games we have seen thus far are crypto kitties and crypto robots. With this implementation, thousands of leagues and players can be supported via a serverless network using blockchain technology.

Different than other games, Soccer Manager delivers a blockchain-based approach, players have complete ownership of their football credits, players, stadiums, and any value in the game are all capable of being transferred, traded, or sold. For the first time in history, gamers can utilize a real transfer market, where every win they achieve carries a real-world value.

The platform is run on a Blockchain platform, the Chimaera blockchain, that takes blockchain gaming one step further than just secure asset storage and management. Chimaera allows the actual game worlds to run simultaneously on the blockchain. This advance in technology provides users with ease-of-play, no need for servers, and no downtime.

In-game items or assets can be acquired in a provably fair way that gives them significantly more value than objects that are created at will by developers without the player’s knowledge.

The development team at Chimaera were the original creators of blockchain gaming all the way back in 2013 through the creation of the world’s first decentralized MMO and the first actual blockchain game, the Huntercoin Experiment.

Virtual world game Huntercoin runs on the blockchain, and is an unstoppable force, players can move around a map, collect coins, fight others and steal their coins, which can subsequently be traded on cryptocurrency exchanges.

The Chimaera team is developing an entire ecosystem where developers and gamers can immerse themselves in next-generation of blockchain games.

Soccer Manager™ is the epitome of a real play-to-earn gaming ecosystem; players will gain and lose cryptocurrency value. All of this can be traded for real-world fiat currencies. Users must have upkeep and needs that must be attended to and players must evaluate their teams and update their stadium. League Matches are played on average twice a week, and the results of each match are determined over the course of around 60 to 90 minutes. Friendly games and tournaments can be played at any time with players being able to challenge opponents directly and compete for SMCs (Soccer Manager Coins). 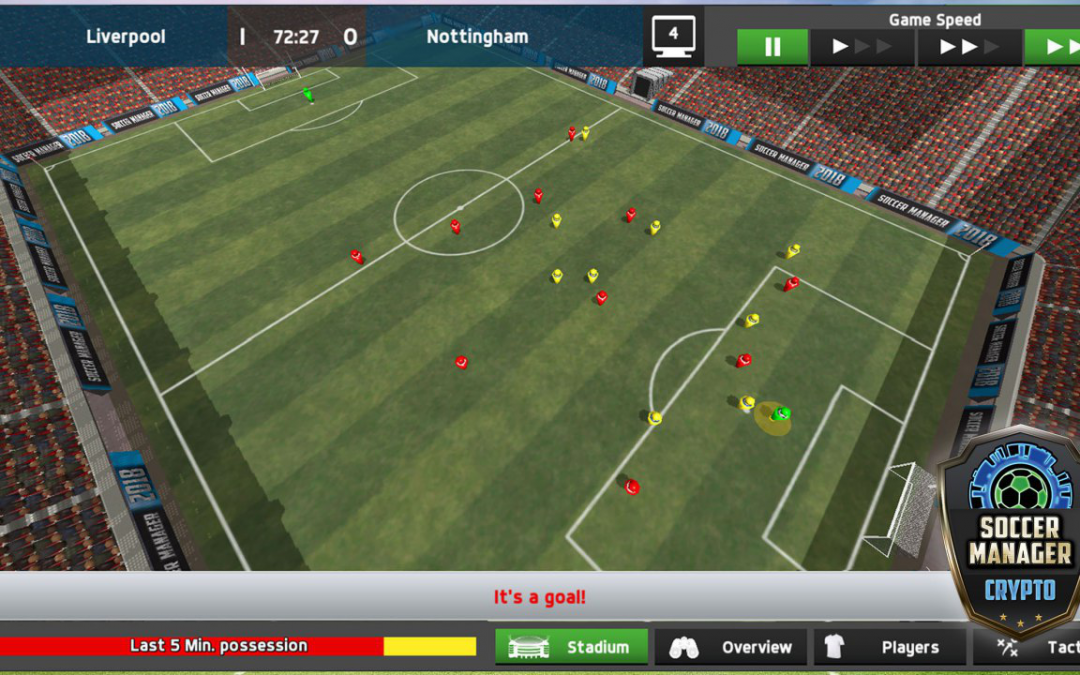 Soccer Manager Multiplayer is a game where tense, turn-based contests pit manager against manager. Compete against your mates to settle old scores, or take on the best managers in the world. This is your chance to go head to head and test your skills in a unique multiplayer game.

Soccer Wiki, free soccer orientated wiki made for the fans, by the fans. Soccer Wiki is a collaborative database, and anyone can create and edit data. This community-driven database contains information on players, clubs, stadiums, managers, referees, leagues and other data related to the world of soccer.