A relatively under-discussed topic at present is the dramatic increase of investment and value within the Internet of Things (IoT) sensor data market; while it is expected to be worth 1.2 Trillion USD in 2019, it is still being hindered by companies and industries that reserve their sensor data within data silos.The majority of sensor data is locked away within their respective sensor owners, and 10% of that data is ‘sought for others’ – that’s roughly 120 Billion USD worth of data that will be unavailable.

Pretty much every electronic device that can be connected online is also considered a sensor within the IoT. Sensors regularly interact with each other, with their developers, owners and whatever service or server they’re connected to, and the result of this is an immense amount of data. Industries harvest that data, disregarding the majority of it and leverage whatever they can from it and then store it away in silos which restrict the availability of data, which is counterintuitive in the Information Age.

The Internet of Things Meets Blockchain

A Blockchain startup in Dubai, DataBroker DAO, have sought to make sense of this mess and open up an IoT sensor data marketplace that is built on blockchain technology.The DataBroker DAO team have developed a platform on which users, companies and any owner of any IoT sensor device can buy and sell their data to any individual or organisation in the world. IoT sensor data can enlighten city governments with the lifestyle habits of their citizens, and marketing companies can better design their campaigns, academics and researchers can benefit from the enormous wealth of data and so on.

The list can certainly go on, however its somewhat difficult to verify where that data is coming from, which is an issue that if left unresolved could spell trouble for consumers and industries alike, further encouraging the current standard of isolated sensor data silos.DataBroker DAO has put assuring the quality of data at the top of their priority list, after receiving vast amounts of feedback from their token holders, alliance members and potential users, DataBroker DAO decided to revamp their platform from the ground up, releasing a V2.0 Alpha update from that feedback.

Now, the DataBroker DAO platform comes with a “token curated registry” with DTX token staking (their native token). The update, aptly titled “Discovery Release” update comes with a new range of sensors based in Belgium that search and browse for secure data built on the token curated registry. They’ve also released a brand new DApp (Decentralised Application) that gives focus to discovering fresh and exciting data sets, allowing buyers to search for the data they desire easily. 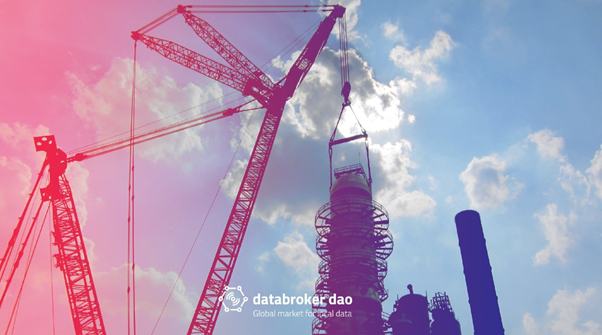 It’s a fascinating innovation on the market that could remedy the conservative approach to the sensor data market. DataBroker DAO is entering into a Token Generation Event (TGE) Pre-Sale phase for their ERC20 token, DTX, which goes live March 19th, 2018 CET. The Pre-Sale rate for DTX is 1 ETH = 4000 DTX, and there is a 50% bonus for presale participants, the minimum contribution during this period is 10 ETH.

Head on over to the DataBroker DAO official website to find out more.