Maker Voting to Increase Stability Fee Days After Hiking to 11.5%

Maker holders are once again voting on whether to increase DAI’s stability fee with the majority so far voting to increase it by 3% to 14.5%.

Just 1,000 MKR are of the view they should maintain the fee where it is at 11.5%, while almost no one thinks they should bother with a 1% increase. 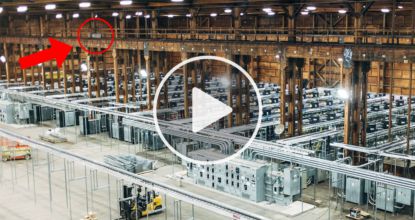 The Stock of the Century — Buy This RIGHT NOW!

Meaning in about a month, the circa $100 million DAI “producers” have gone from having to pay about $1.5 million a year to now potentially $14.5 million.

The market cap of DAI fell by about $8 million from April 9th to April 16th with that contraction of supply potentially having an effect on crypto prices.

Yet despite this huge jump in fees in just weeks, DAI still remains sort of off-peg at an aggregate of about $0.97 at the time of writing.

It is meant to be at $1, but for now it is a soft peg as they haven’t yet launched a sort of savings account for DAI where you get an interest rate for effectively holding it.

Meaning it is unclear why anyone wants dai for now except by creating it through collateralized eth.

That’s because it isn’t really part of any exchange trading pair of significance, so it doesn’t have much use save for producers or dai printers who create the tokens from collateralized eth and then use the dai to buy more eth in a permissionless leveraging manner.

Such printing with the intention of selling dai for eth necessarily creates far too much supply and little demand. Hence the peg can’t keep up.

The approach here seems to be to increase the cost of dai creation to effectively unbearable levels, but that could make dai itself useless because if it is too expensive to create, then there’s no dai.

Reaching that balance is a very difficult task when there is no demand equation. No one wants just plain dai when Tether is everywhere and tradable in every pair in almost any exchange in the world.

Its primary use case is mainly the liquefaction of crypto collaterals. For that privilege, one obviously has to pay, but if that doesn’t go to dai holders, at least in part, then this could actually be a sucker of value.

That’s because dai could be holding the price back as any eth appreciation might need another fee hike, meaning the selling of eth for dai dollars, so putting pressure on price.

Circa $10 million might not seem much, but a repeat of it on and on for weeks is like a pan hitting eth’s head any time it tries to rise. Hence perhaps its abysmal relative performance this spring.

BTSE Unveils Crypto Debit Card with Fiat Support
We and our partners use cookies on this site to improve our service, perform analytics, personalize advertising, measure advertising performance, and remember website preferences.Ok