Robert Wade, a professional within the foreign exchange (forex) industry, has made his way to JP Morgan, where he has taken on the role as global head of treasury services FX, Finance Magnates has learned.

The move was made public on Wade’s LinkedIn profile, which shows that he made the move this month. In his new role, he is also a managing director with the firm and is based in London.

Wade’s career move sees him return to the multinational investment bank, having spent 11 years at JP Morgan Chase earlier in his career, from 1998 until 2009. Whilst working for the firm, he first entered into the forex space. 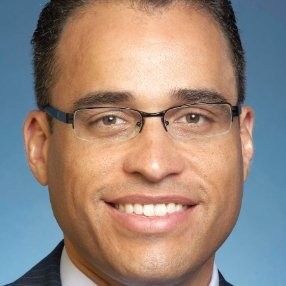 Specifically, Wade joined the company working in strategic technology consulting and program management. He was the Vice President of the unit from December 1998 until June of 2003.

In this role, he performed a number of duties. Such as overseeing merger and acquisition transactions, technology consulting services, and conducting financial and business analysis to advise senior management on the application of certain technology solutions, among other duties.

Wade’s return to JP Morgan after 10 years of absence, follows on from him leaving his position at Goldman Sachs, where he was a managing director working as the global head of corporate electronic FX and cash management sales.

During his career, Wade has also spent time at other large banks – Deutsche Bank and Citigroup to be specific. At Deutsche, he was a managing director, global head of electronic FX sales, and at Citi, he was the head of strategic initiatives – institutional clients group, his LinkedIn states. Wade is also a co-founder of Grüper.

Brexit trade talks make 'no significant progress' as deadline nears
We and our partners use cookies on this site to improve our service, perform analytics, personalize advertising, measure advertising performance, and remember website preferences.Ok