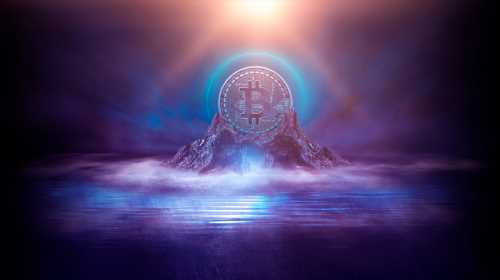 After crypto lending platform Celsius froze all withdrawals, swaps and transfers between accounts due to “extreme market conditions”, they may now be looking at filing for bankruptcy. According to the Wall Street Journal Celsius Network LLC has hired restructuring consultants from advisory firm Alvarez & Marsal to advise on the possible filing.

Celsius, which had approximately $11.8 billion in assets in May and has 1.7 million users, froze all of its activities earlier this month due to the extreme market volatility, a market downturn of which the ending is not in sight yet.

The value of Celsius’ assets has fallen with about $25 billion since October.

After the Celsius freeze, experts within the community are now questioning if the crypto space has fundamentally failed to deliver on the ideals of its foundation: a decentralized ecosystem.

Ruben Merre, CEO of NGRAVE. creators of crypto hardware security solutions, ZERO, GRAPHENE, and LIQUID, thinks that cold wallets, and the decentralized, secure storage of cryptocurrencies and digital assets are now, more than ever, non-negotiable. He says:

“I think that when we speak of the crypto space and its successes or otherwise at creating a decentralized ecosystem it is really important that we reflect on why and how crypto all started: with Bitcoin’s whitepaper. The first sentence of the abstract explicitly outlines a purely peer-to-peer version of electronic cash to allow online payments without mediation by a financial institution. This means that it really cannot be understated how fundamental to all that has followed thereafter that the notion of decentralization was intended to be.”

Bitcoin was born out of the 2008 financial crisis, at a time when the Federal Reserve used quantitative easing, the large-scale purchases of assets by central banks, to slow the dooming recession. Its creators had a strong opinion on the Fed’s strategy, they believed it was unfair to citizens, as they had absolutely no say in whether banks should be given taxpayers money for their failed investments. They also questioned whether the Fed, which is only one entity, should have so much power and the autonomy to expand or contract the money supply.

The initial idea of the bitcoin founders was to create a global restriction-less monetary network, not only run by, but also for the people. Many crypto investors claim that cryptocurrencies with little decentralization are more like random currencies but minted by companies, rather than by a government. They also believe that going towards centralization of crypto is defeating the point of its very existence.

Merre has also taken note of the fact that centralization surely has snuck up on us, and he questions the benefits of this event during a market downturn like we are seeing now. He says:

“Thirteen years on from its publication, and the cryptocurrency space has been through many ups and downs, many of which none of us could ever have predicted. We have, however, definitely begun to see a trend towards centralization creep into crypto markets in recent years, with people both trading and holding their crypto assets in what is essentially blockchains equivalent of traditional financial institutions. While this has undoubtedly allowed for innovation, it has done so under a certain guise of decentralization, with many of these centralized entities justifying working in the space by committing to become more decentralized as they expand. In market crashes, however, these centralized entities show their true colours, and it becomes evident that many people are holding and investing crypto in structures which have exactly the same flaws as the traditional institutions which crypto tried so hard to overcome from the get go.

Recent events have proven eye-opening to the wider community, highlighting the crucial role cold wallets play within the system. Self-custody is really the only way which exists for the public to benefit from the innovation and disruption of crypto without relying upon centralized institutions, so there really is no alternative than to enable true financial empowerment through cold storage solutions.”