In particular, Beaman’s LinkedIn profile has been updated to reflect the career change, stating that he took on the new role last month, after spending slightly under a year looking for new opportunities. The move has also been confirmed by Gallant’s website, which lists Beaman as its President.

During his career, which spans across more than two decades, Beaman has gathered a wealth of knowledge within the financial services space, particularly on the institutional side. 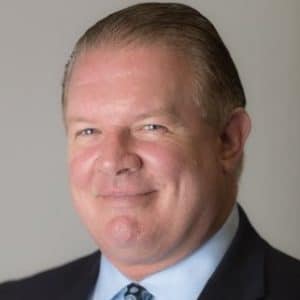 He spent eight years working at Nasdaq. He initially joined the exchange operator in May of 2010, working as the Assistant Vice President for Nasdaq, and Head of Global Sales for Nasdaq Futures Exchange.

After more than six years in this role, he went on to become the Vice President of Nasdaq, and CEO of Nasdaq Futures Exchange, a position he held from June 2016 up until he left the exchange in November 2018, his LinkedIn shows.

Beaman ended his tenure with Nasdaq to join the San Juan Mercantile Exchange (SJMX), where he was the CEO. After eight months in this role, he started looking for job opportunities elsewhere, his LinkedIn shows, resulting in his most current position with Gallant Exchange.

Earlier in his career, Beaman was Vice President, Sales and Marketing at VMAC LLC, which provides credit intermediation services to the North American electricity and natural gas markets. He was also a General Manager at TradeSpark L.P.

Beaman joins Simon Grunfeld, the CEO of Gallant Exchange. As Finance Magnates reported, Grunfeld commenced the leading role earlier this month. Previously, he was principal at Gallant Partners. To head the exchange, Grunfeld left his position of strategic partnerships position at Apifiny after spending over a year there.