Beyond Cryptocurrency: Blockchain Use Growing Rapidly Outside of Finance Industry

The substantial increase in crypto use over the past few months has confirmed the long-held notion that a revolution in finance is underway. Bitcoin, and many altcoins, have surged in fiat value. Even more telling is the growing interest by financial institutions, investment firms, and central banks. However, the actions underway in the financial sector are only the tip of the iceberg. The blockchain technology that underpins cryptocurrency is being adopted by a wide range of industries, and promises to revolutionize all aspects of how modern institutions operate.

The fact that distributed ledger technology has uses beyond cryptocurrency has been understood since the early days of Bitcoin. Now that crypto use is going mainstream, these uses are being investigated and implemented at a remarkable rate. The list of industries is ever expanding as more uses are found.

Insurance is one field that is adopting blockchain technology. Several players in the industry have begun this move, and more are certain to follow. Shipping giant Maersk, for example, has developed a blockchain based platform to better manage the complex processes involved in maritime insurance. The system will go live in January and is part of a strategic partnership with a number of tech companies including Microsoft and blockchain firm Guardtime.

Deloitte, one of the world’s largest professional services firm, is also seeking to apply distributed ledger technology to insurance. It is developing a number of applications that it claims will revolutionize the industry. These include blockchain based smart contracts, fraud detection systems, and record keeping. In fact, Deloitte has created a blockchain lab in New York to develop solutions for a broad spectrum of business services.

The medical industry is implementing a wide range of blockchain platforms. For example, two startups, Link Lab and Chronicled, have partnered to develop a system to better track pharmaceuticals through the supply chain. Other teams are creating blockchain solutions for maintaining electronic medical records. A partnership between MIT and Beth Israel Deaconess Medical Center has developed Medrec, a record keeping application that its creators claim is far better than those currently in use. So vast, in fact, is the range of medical applications under development that within a few years blockchains could underpin virtually every aspect of the industry.

Other sectors where blockchains are being introduced include real estate, for which startup Ubiquity is building a series of applications. In the field of logistics, blockchain integration is widespread, such as at the Belgian port of Antwerp, where a blockchain system will soon be used to manage shipping containers. In the automotive industry, Toyota has partnered with a number of tech companies to develop blockchain systems for self-driving cars. � 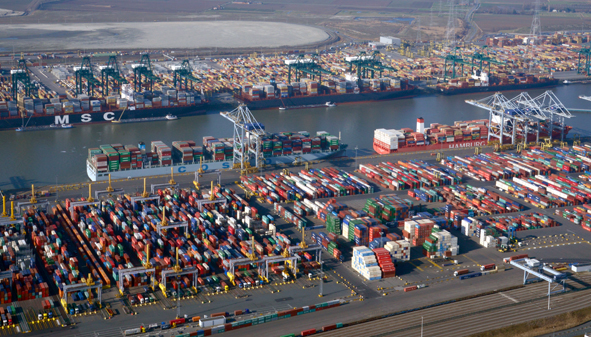 To visualize the scale of blockchain integration underway, one only needs to look at the number of companies hiring blockchain specialists. A search on major employment websites, such as Monster.com, reveals hundreds of job openings in many business sectors. A number of universities now also offer blockchain classes, with some developing degree programs and dedicated departments. One such school is the University of Edinburgh, which has launched a blockchain laboratory within its School of Informatics.

The widespread integration of blockchain systems has not captured the public attention in the same manner as cryptocurrency. Non-crypto uses of blockchains do not offer the opportunity for quick wealth, nor do they promise to have a direct impact on how people spend and invest their money. Nevertheless, the adoption of distributed ledger technology is tremendously significant. Until recently, blockchain’s potential outside of the financial sphere was purely theoretical. It is now being put into practice. As more of these systems become active, it is likely that the general public will little notice their roles. However, blockchains will be working quietly in the background, making the world a far more efficient and productive place.