(Reuters) – Walmart Inc’s (WMT.N) margins and online sales are expected to benefit in the second quarter as the largest U.S. retailer cashed in on shoppers using government stimulus checks to buy higher-priced products like sneakers and toys along with daily essentials. 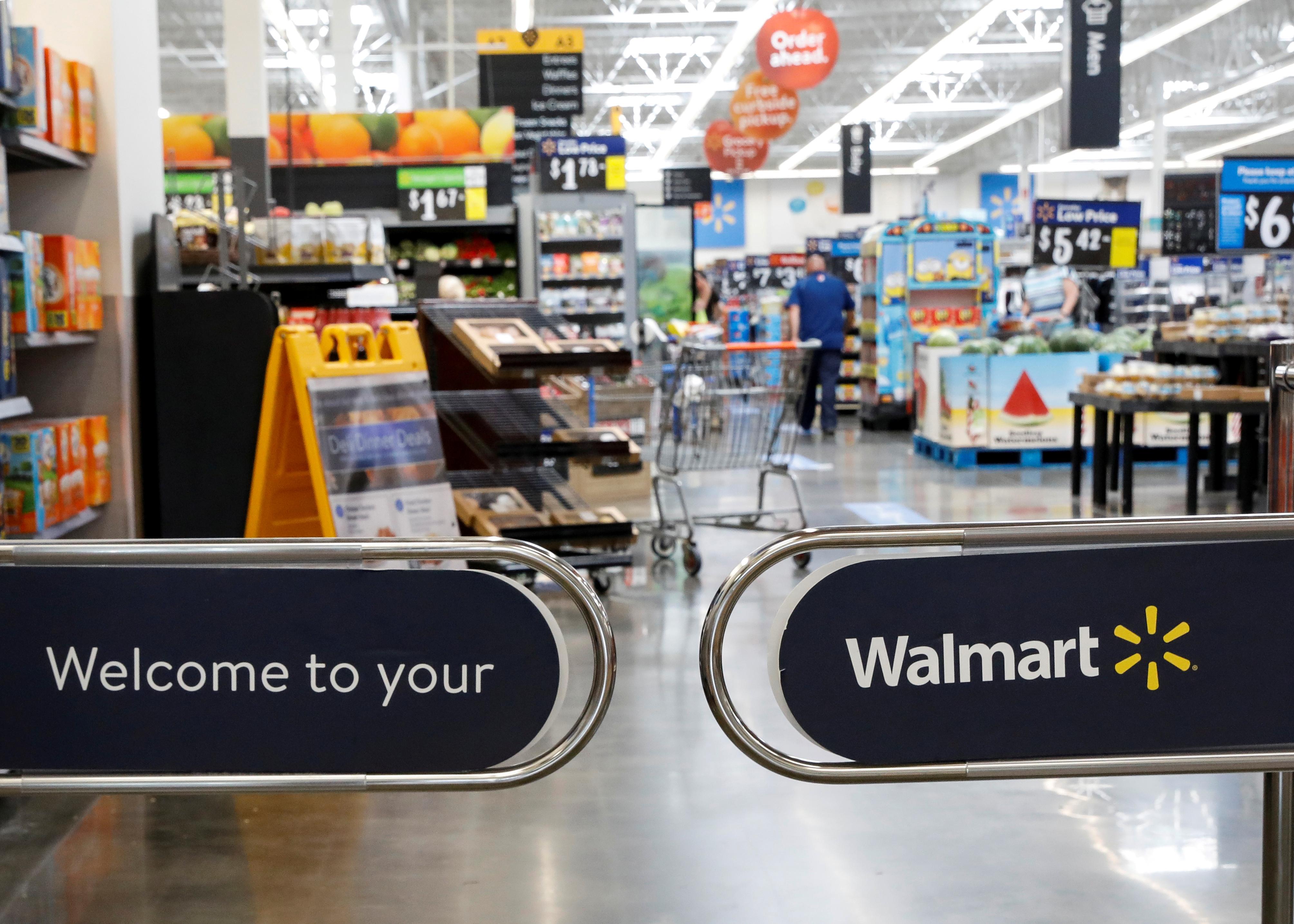 The majority of stimulus money went to housing, savings and grocery bills, according to an IRI consumer survey. Retailers including Walmart also experienced a surge in sales of items like electronics and clothes in the second quarter. Those bigger-ticket items are expected to help Walmart’s margins.

“Unlike other retailers, we believe Walmart took most of the pain in Q1, limiting the Q2 impact,” Credit Suisse analyst Seth Sigman said in a note last week. One question is how well it will perform compared to big-box competitors like Costco Wholesale Corp (COST.O) and Target (TGT.N) that have gained momentum since the start of the pandemic.

Visits to Costco the weeks of July 6th, July 20th, and July 27th all show year-over-year growth, according to Placer.ai, a firm that tracks foot traffic.

Even so, investors give Walmart the edge.

“The way we see consumers right now is they’re spending on what they need to spend on – a lot less dining, a lot more eating at home. All of those trends favor Walmart,” said Randy Hare, portfolio manager at Huntington Private Bank.

Hare highlighted Walmart’s investments in areas such as grocery pickup and same-day delivery that helped meet surging demand seen during the lockdowns.

“Walmart has done a lot right in recent years. It’s improved execution & successfully changed the narrative of its story from that of a mature brick & mortar retailer to being a viable No. 2 in e-commerce,” UBS equities analyst Michael Lasser said.

For an interactive graphic: (here)

The company is due to report earnings on Tuesday. Analysts expect same-store sales growth of 5.02%, according to IBES data from Refinitiv.