Uber’s first employee, who’s now a billionaire, resigns from company’s board of directors

Morning Business Outlook: Uber announces ‘Quiet Mode’ feature for riders who prefer not to have a conversation with their driver; AAA says a record 43 million Americans will travel for Memorial Day.

Uber’s first employee, who’s now a billionaire, has informed the company that he is resigning from the board of directors, according to an SEC filing Friday.

The filing from Uber Technologies Inc. stated Ryan Graves told the company of “his intention to resign as a member of the Company’s board of directors, effective as of May 27, 2019, including any committees of the board of directors on which he serves.”

The filing stated the reason for Graves’ resignation “was not the result of any disagreement” between him and the company or its board of directors.

Ron Sugar, the independent chairperson of the board of directors, called Graves “one of the key people who helped shape Uber into the company that it is today.” Sugar said the board accepted Graves’ resignation and thanked him for his “contributions to Uber’s success.” 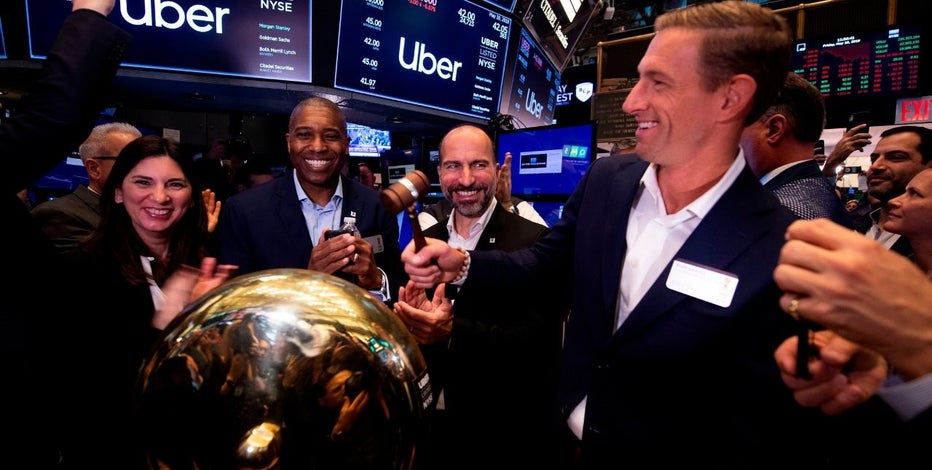 Ryan Graves [right], Uber’s first employee, has told the company that he is resigning from the company’s board of directors.  (Getty Images)

Graves, 35, the founder and CEO of Saltwater, became the first official employee of Uber after responding to a tweet in 2010  from Uber co-founder Travis Kalanick, who was looking for potential employees for a start-up company. At the time Graves was working at General Electric.

Since joining the company, he held a number of roles including a brief time as CEO. He resigned from Uber in 2017 — shortly after Kalanick quit amid allegations that Uber’s workplace had a culture that failed to address sexual harassment and gender discrimination, as well as multiple other scandals.

Graves owns 31.9 million shares in Uber and is worth an estimated $1.4 billion, according to Forbes.

Nordstrom's sales fell 40% as coronavirus shut stores
We and our partners use cookies on this site to improve our service, perform analytics, personalize advertising, measure advertising performance, and remember website preferences.Ok