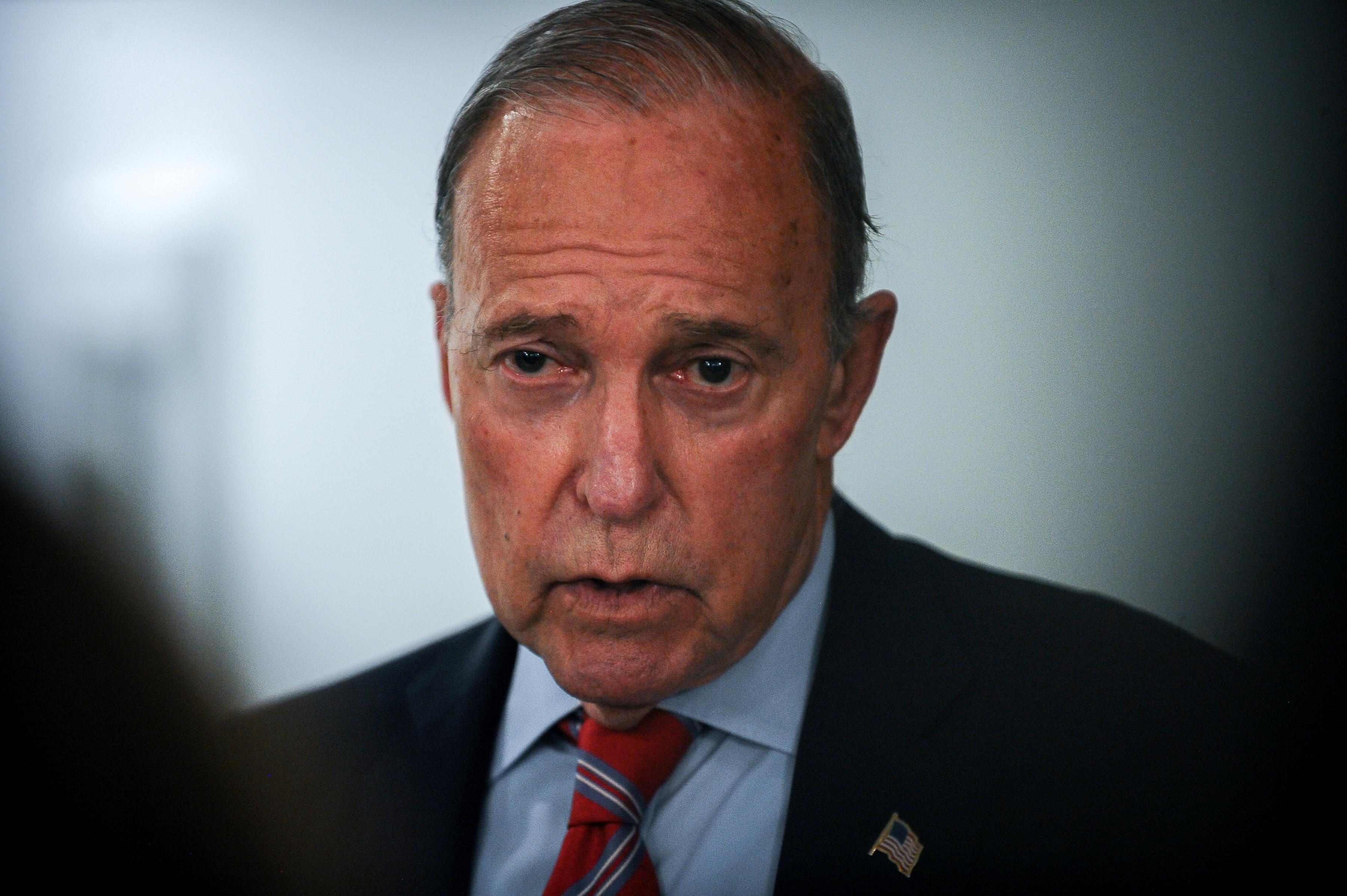 WASHINGTON (Reuters) – The U.S. economy is rebounding “very, very strongly,” and fresh federal aid will reach unemployed Americans in the next week or two, White House economic adviser Larry Kudlow said on Wednesday, shaking off concerns about a second wave of COVID-19 infections.

Kudlow, speaking to reporters at the White House, defended a reduction in the unemployment supplement to $300 from $600, saying stimulus measures should be reduced slowly as the economy strengthens.

“I think the economy is on a self-sustaining recovery and it’s a V-shaped recovery,” he said. “We’re seeing terrific numbers.”

Asked about concerns that a second wave of coronavirus infections this autumn and winter could derail the recovery, Kudlow said: “The hope is that the decline in cases and fatalities will continue. That’s the great hope.”

He said the number of infections should continue to decline since more Americans were now using face masks, maintaining social distancing and regularly washing their hands.

Kudlow said the White House was looking at different ways to ensure that the payroll tax cut called for by President Donald Trump would be forgiven.

“As far as the payback is concerned, … you could stretch that out over a long period of time,” Kudlow told reporters. “So the payback won’t be immediate and no one will be hurt.”

He said the payback could occur over five to eight years since the budget window was 10 years. The amount in question was roughly $1,100 per worker for four months, he said.

Horrifying moment grandma, 70, is hurled through the air by maniac hit-and-run driver on crosswalk

‘A sham proceeding’: Lawyer for Breonna Taylor’s family blasts grand jury decision
We and our partners use cookies on this site to improve our service, perform analytics, personalize advertising, measure advertising performance, and remember website preferences.Ok