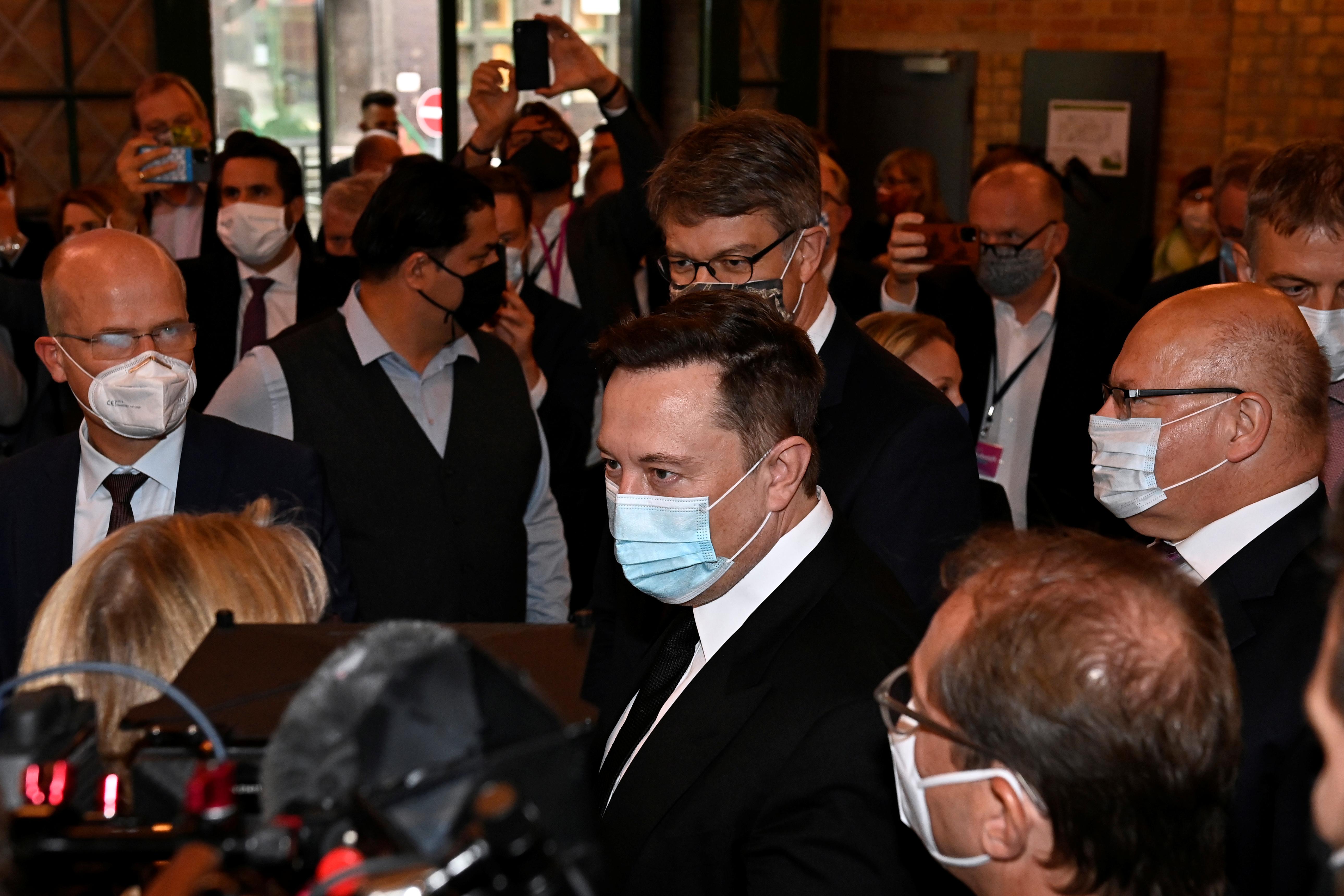 BERLIN (Reuters) – Tesla Inc’s (TSLA.O) CEO Elon Musk met with three German ministers and other senior politicians on Wednesday to discuss the progress of a collaboration between the car maker and a German biotech company and a planned electric vehicle factory.

On the sidelines of a conference of the parliamentary bloc in Berlin, the Silicon Valley entrepreneur also met economy minister Peter Altmaier, health minister Jens Spahn and research minister Anja Karliczek, but not Merkel.

Tesla is helping to build mobile molecule printers to make the potential COVID-19 vaccine under development by CureVac.

Last November, the U.S. electric carmaker announced plans to build a Gigafactory in Gruenheide in the eastern state of Brandenburg that surrounds Berlin.

Musk checked on the progress of that project, meeting earlier with Brandenburg state premier Dietmar Woidke.

“It was a very pleasant and focused conversation. Elon Musk is familiar with all the details of the Gruenheide Gigafactory,” Woidke said in a statement.

Oil falls on mounting COVID-19 cases, supply concerns
We and our partners use cookies on this site to improve our service, perform analytics, personalize advertising, measure advertising performance, and remember website preferences.Ok