TOKYO (Reuters) – Stocks were steady in early Asian trade on Wednesday as investors awaited the signing of an initial U.S.-China trade deal, with sentiment somewhat dented by comments from the U.S. Treasury Secretary that tariffs would remain in place for now. 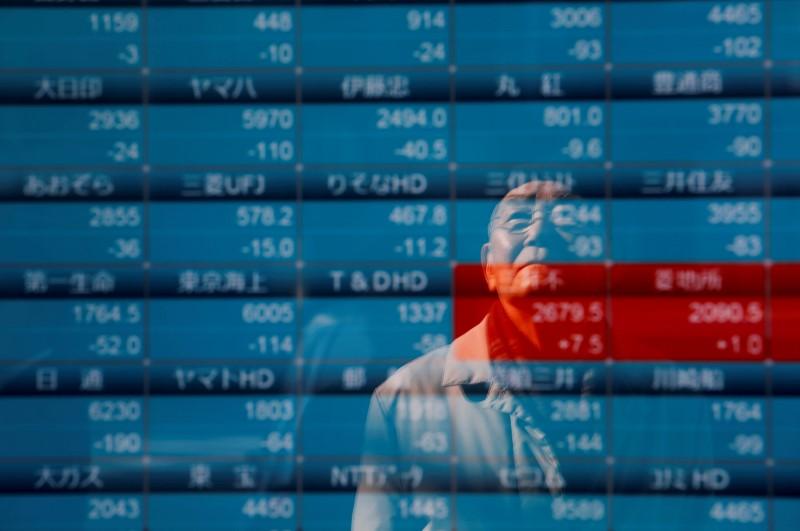 Treasury Secretary Steven Mnuchin said late Tuesday that the United States would keep in place tariffs on Chinese goods until the completion of a second phase of a U.S.-China trade agreement.

The news came hours before the signing of a preliminary trade agreement to ease an 18-month-old trade war between the world’s two largest economies.

“We should not expect further tariff relief until after the November Presidential elections, suggesting that today’s agreement is probably as good as it gets for 2020,” said Tapas Strickland, director of economics at National Australia Bank.

U.S. Treasury yields ticked down as investors took stock of weaker-than-expected consumer prices and the expected signing of the interim trade deal, with benchmark 10-year note yield falling to 1.807%.

Markets were also absorbing news the U.S. government is nearing publication of a rule that would vastly expand its powers to block shipments of foreign-made goods to China’s Huawei, as it seeks to squeeze the blacklisted telecoms company, two sources said.

In the currency market, the Japanese yen reversed earlier losses against the dollar as news U.S. tariffs would remain on Chinese goods through the U.S. election hurt risk sentiment.

The yen was last changing hands at 109.95 yen to the dollar, flat on the day, after hitting its weakest in near 8 months of 110.22 yen previous day.

The dollar index against a basket of currencies was flat at 97.367

Oil prices edged higher on Tuesday after five days of declines as the United States and China prepared to sign the preliminary trade deal and as Middle East tensions eased.

Electric scooters could be legalised on roads and cycle lanes
Crypto

How everyone can do their bit to fight the climate crisis

Amazon To Add 10,000 Electric Vehicles To India Delivery Fleet By 2025

Bitcoin vs Coronavirus: Is BTC Trading like Stocks or Gold?

Bitcoin Moves on Path to Money But Unit of Account a Long Way Off
We and our partners use cookies on this site to improve our service, perform analytics, personalize advertising, measure advertising performance, and remember website preferences.Ok