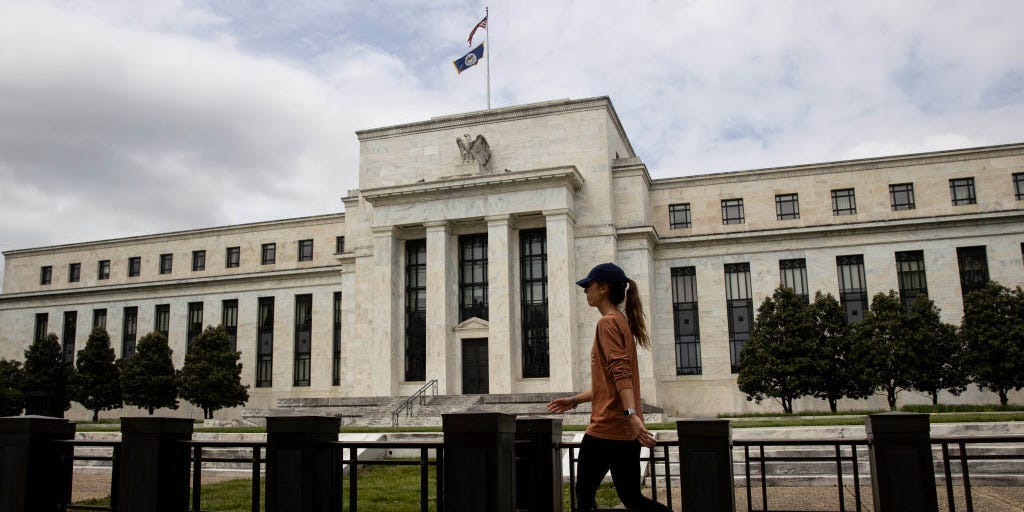 Global stocks fell on Thursday after the Federal Reserve dashed any hopes of further stimulus measures in a cautionary set of FOMC minutes released Wednesday.

In Europe, markets were pushed further down after Germany posted over 1,500 new cases within 24 hours – its highest daily increase since the end of April. The current case count in Europe’s largest economy stands at 229,807.

Data from Europe’s leading economy carried an “extra sting” for investors who were keen to look beyond other bleak reports on the market, an analyst said.

The Fed’s dispirited meeting minutes “sort of did a number” on markets, said Connor Campbell, a financial analyst at SpreadEx, as officials warned that the pandemic would weigh heavily on economic activity, employment, and inflation in the near term.

However, FOMC members stated that new stimulus measures are “not warranted in the current environment.”

Read More: A JPMorgan equity chief sees stocks staying rangebound for another year, even if there’s a vaccine breakthrough – but says investors can still get big returns in these 11 regions and sectors

This scenario was largely unexpected as investors had hoped the Fed’s latest meeting would “open the door to the next phase in central-bank jigger-pokery” because of the roaring success of initial stimulus plans, Rabobank analysts said.

On Thursday, Australia’s Qantas airlines warned that it would scrap international travel to the US until the development of a vaccine, because it is the world’s worst-affected country with over 5.5 million cases and more than 172,000 deaths.

In further turmoil for European markets, Croatia may be added to the UK’s COVID-19 travel quarantine list, adding to worries for travel and cruise operators in the region.

Last week, the UK included France, Netherlands, Malta, Monaco, Aruba, and the Turks and Caicos Islands to the list, implying that travellers arriving from these destinations would be required to self-isolate for 14 days.

Read More: A $5 billion chief market strategist shares 5 post-pandemic stocks to buy now for gains as COVID-19 cases level off – and 2 big-tech winners to start cashing out of

Read More: Jefferies says buy these 7 back-to-school stocks poised for big returns with much of the US going remote