NEW DELHI/BENGALURU/TOKYO (Reuters) – India’s B9 Beverages, maker of popular craft beer Bira, is in talks with international brewers and investors to sell a stake of up to 20% in the company, its chief executive told Reuters on Tuesday. 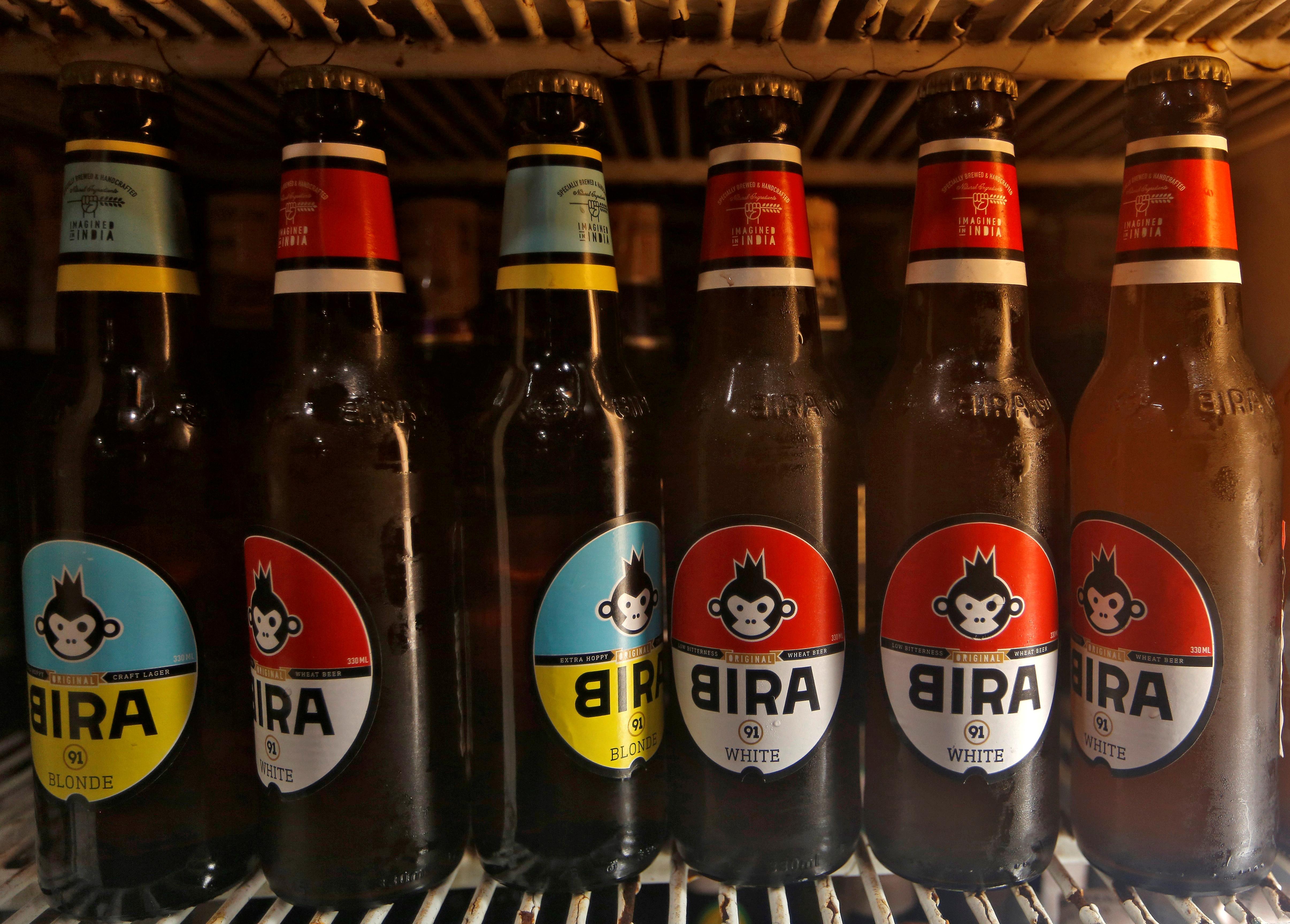 “We’ve been looking for a combination: (an) international beer company as a strategic investor and a separate financial partner,” CEO Ankur Jain said in a phone interview, adding that the company was in the “intermediate stage” of raising funds.

“We’ve been talking to beer companies that are not competitive in India or have minimal operations in India.”

Data provider PitchBook estimates New Delhi-based Bira was valued at $210 million in 2018. U.S.-based Sequoia Capital holds a roughly 45% stake in the company, while CEO Jain and his family own around 30%.

Jain declined to name the companies with which it is in talks, but four industry sources said Bira had been in talks with Kirin Holdings (2503.T), one of Japan’s biggest beer makers which has limited sales in India.

A Kirin spokesman said there was “absolutely no discussion at the moment” on taking a stake in Bira. Last week Kirin cut its full-year profit outlook due to the COVID-19 impact and said it would avoid “non-essential” investments.

A Kirin source said the company sees India as a growth market and that it has looked at Bira, but that it was part of a broader study into global markets.

One of the Indian industry sources said that Bira and Kirin had discussed a deal which would also allow the Japanese brewer to offer its brands directly – which include Kirin Lager and Ichiban Shibori – in India’s estimated $7 billion beer market.

Kirin has in the past shown interest in independent breweries and owns a minority stake in New York’s Brooklyn Brewery.

Bira, launched in 2015, is one of the smallest players in India, but its craft beer offerings have become increasingly popular. Jain said Bira had a 5-10% share of the beer market in New Delhi, Mumbai and Bengaluru.

An investment from Kirin or other investors would help Bira which has made losses in recent years and been hit by the coronavirus pandemic, just like the rest of the beer industry. It has said it aims eventually to list on the stock market.

“Bira is really struggling financially at the moment and they badly need a lifeline. A deal with Kirin or any of the other global strategic companies would give them that,” said one of the Indian industry sources.

Bira clocked $24.5 million in sales in the fiscal year ending March 2019, 15% higher than the previous year, but its net loss for the period doubled to $27 million.

Results for the year through March 2020 have not yet been released but CEO Jain said sales grew by 40% in that fiscal year and that the company’s results in recent years were in line with its growth plans.

In 2018 the CEO said the company would target a stock market listing in 3-5 years, but the timelines have stretched since then.

“Our intended plan is to do an IPO, the timelines have been stretched due to realigned corporate plans as we want larger scale before we go to market,” Jain said.