In our Expert Takes, opinion leaders from inside and outside the crypto industry express their views, share their experience and give professional advice. Expert Takes cover everything from Blockchain technology and ICO funding to taxation, regulation, and cryptocurrency adoption by different sectors of the economy.

If you would like to contribute an Expert Take, please email your ideas and CV to [email protected]

South Korea, known as Geumsu gangsan or the "Land of Embroidered Rivers and Mountains”, has come to be known as world’s global-innovation gold medalist during the past five years. With a lightning-fast internet, the country is emerging as one of the world’s biggest market for trades in cryptocurrencies as well as its underlying Blockchain technology. Behind South Korea’s high-tech developments are 45 large chaebols – a term that combines the Korean words chae (wealth) and bol (clan) – family-run large industrial conglomerates that are incriminated with governance transgressions. 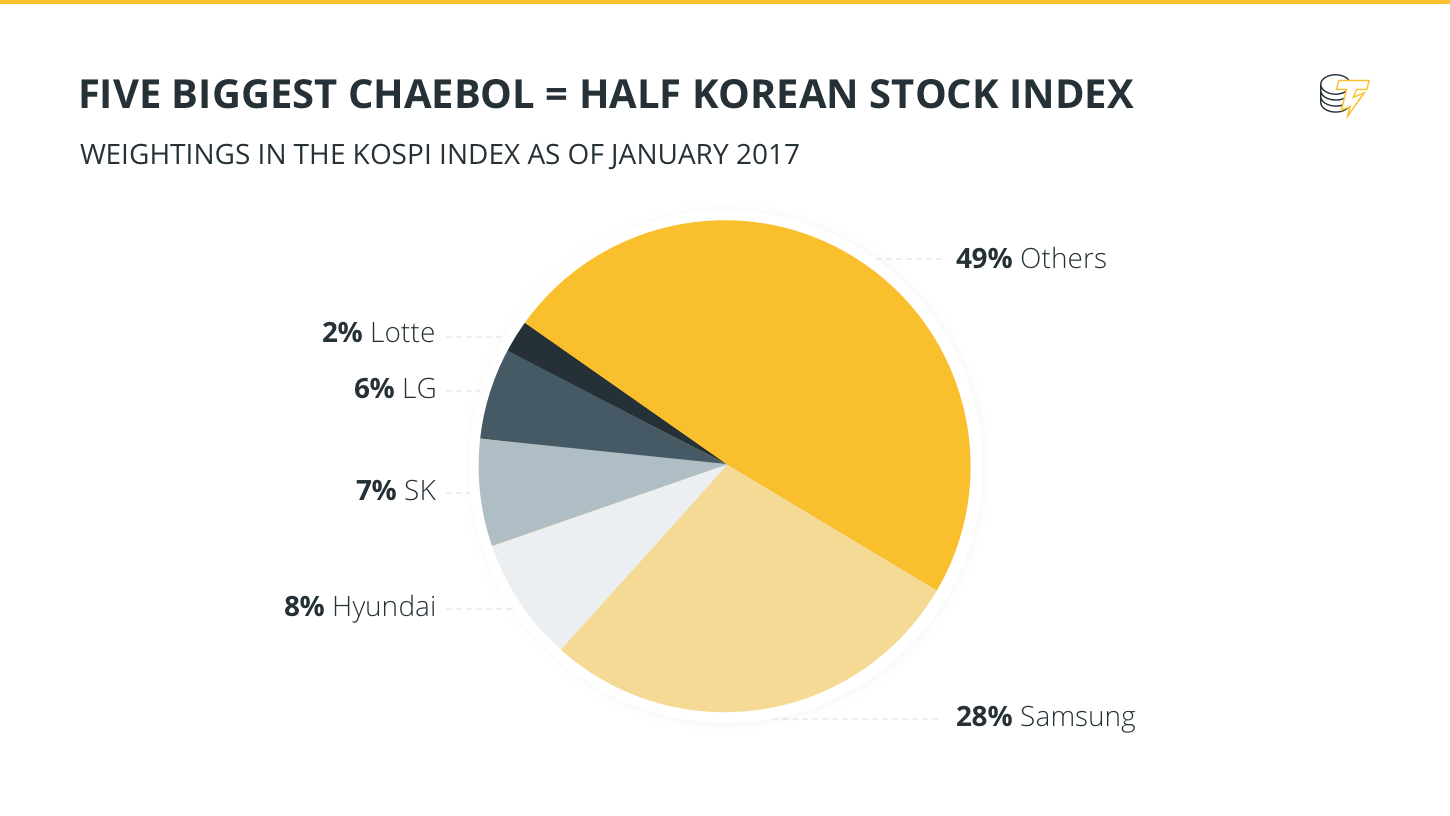 Samsung Electronics Co. is the most-valuable multinational tech company by market capitalization and is at the heart of Blockchain innovation in South Korea. The Samsung Group is a member of the Enterprise Ethereum Alliance, as well as the Korean Blockchain Association (KBA) which was established at the end of January with 66 member companies to self-regulate the cryptocurrency market. KBA is headed by Chin Dae-je, a former executive of Samsung Electronics and former Minister of Information and Communication. Dae-je explained KBA’s role as “fostering communication and coordination between the government and the Blockchain community to set a desirable policy direction for the future of the industry.”

The Samsung Group has launched various integrated Blockchain platforms which can be deployed across all industries, including Fintech and Govtech. Its permissioned Blockchain system called NexLedger is jointly developed with Amazon Web Services and a Korean startup Blockchain company Blocko.

At the end of last September, the Financial Supervisory Commission (FSC) placed a regulatory ban on Initial Coin Offerings (ICO) in order to protect the investing public, who saw nearly 50 percent of their ICO investments evaporate in 2017.

“Talent and innovation will always find a way to attract capital, if not in South Korea then in Switzerland” explained US hedge fund manager Timothy Enneking of Crypto Asset Management (CAM), which invested in the ICO token of ICON Blockchain platform post South Korea’s ICO ban. “[Although] the media reports that Kakao and Kakao Pay are planning to raise funds through ICOs abroad and issue their own Kakao coin, financial authorities have not confirmed this fact. This ICO could violate current cryptocurrency regulations” revealed Choi Jong-ku, the chairman of the FSC. The Startup Trend Report further affirmed that Korean startups that remained in the country received funding the old-fashioned way, from Softbank Ventures.

After consulting with the tax agency, justice ministry and other relevant government departments, the FSC in a sharp U-turn of policy direction, stated that it was considering reversing the ICO ban.

“The government lacks a synchronized regulatory approach to ICOs, cryptocurrencies and Blockchain” the minister of the Office for Government Policy Coordination, Hong Nam-ki explained. This became all the more evident during January.

The Bank of Korea (BOK) – after stating that it did not consider cryptocurrency as legal tender “began evaluating it alongside the Bank of International Settlements” according to governor ‎Lee Ju-yeol. BOK’s legal characterization of cryptocurrencies was in line with many countries around the world, including the US where “a cryptocurrency does not have legal tender status in any jurisdiction.”

After the Ministry of Strategy and Finance identified 41.2 bln won ($39 mln) invested in the cryptocurrency market by sixteen venture investment firms, including the South Korean National Pension Service, the head of tax department Choi Young-rak stated that “Cryptocurrencies are not taxable under the current Income Tax Act, but corporate taxation is possible.”

Following governments’ divergent pronouncements regarding cryptocurrencies during January, its value plummeted 70 percent according to a report prepared by Chainalysis. This stirred 280,000 South Korean citizens to sign a petition demanding that the government adopt investor friendly ICO and crypto-trading regulations. In response the FSS indicated that it was considering implementing a cryptocurrency-exchange licensing system similar to the New York State Bitlicense model.

The corrupt use of cryptocurrencies & administering criminal laws via Blockchain

While the Korean government appears to be still searching for a synchronized voice concerning ICO/cryptocurrency and Blockchain regulatory policy, it is firmly in-step when it comes to blocking corrupt use of cryptocurrencies.

South Korean prosecutors, judges, law enforcement officials are highly experienced when it comes to investigating and prosecuting corruption at the highest political levels with a current caseload involving two former presidents. Lee Myung-bak is the fifth president to be arrested for taking chaebol bribes and abusing his power while in office. Lee’s replacement former President Park Geun-hye is on trial facing a thirty-year jail term and a 118.5 bln won ($110 mln) fine for similar criminal infractions. They tackle these corruption cases with a “tell me something new, not the same old, generational chaebol/political corruption suits please” attitude.

Here is something new – a startup company LegalThings aims to bring a Blockchain technology based solution to the easy and transparent administration of criminal laws by reducing the criminal caseload of judges, prosecutors and law enforcement officers for often recurring criminal offenses – like traffic violations – that clutter the justice system.

The platform is designed to make the law accessible to individuals, while making judicial record-keeping more open and secure. LegalThings’ one Blockchain solution splits criminal laws into parts that are understandable for both computers and humans: those parts considered simple and safe executed on the Blockchain for legal relationships that can be reduced neatly into code via smart contracts  and other parts that involve human interpretation.

Instead of complicated laws being explained by the police, the accused gets an explanation of the relevant law executed on the Blockchain, choose whether to be represented by counsel, and agree to pay the relevant fine – all on their smartphone. Every step of the exchange is recorded, time-stamped, and made unchangeable using cryptography to ensure records can’t be altered. By making the law understandable to everyone, millions of dollars are saved by governments which increases satisfaction level for all parties involved.

Undoubtedly ICOs, cryptocurrencies and Blockchain technology are seeping into the existing global legal and financial system and transforming them all at the same time. History shows that the way in which a country embraces and regulates new technology can make an enormous difference in the development of the country.

The views and interpretations in this article are those of the author and do not necessarily represent the views of Cointelegraph.