Tom Lee Predicts Bitcoin To Reach $91,000 by March 2020, Based On Performances After Past Dips

Fundstrat’s Tom Lee has forecasted that Bitcoin’s price will reach $91,000 by March 2020, basing his prediction on a chart that shows Bitcoin’s (BTC) performances after past market dips, Forbes reported March 17.

Lee and Fundstrat used an average of the percentage gained in price after each dip to arrive at the 2020 figure. 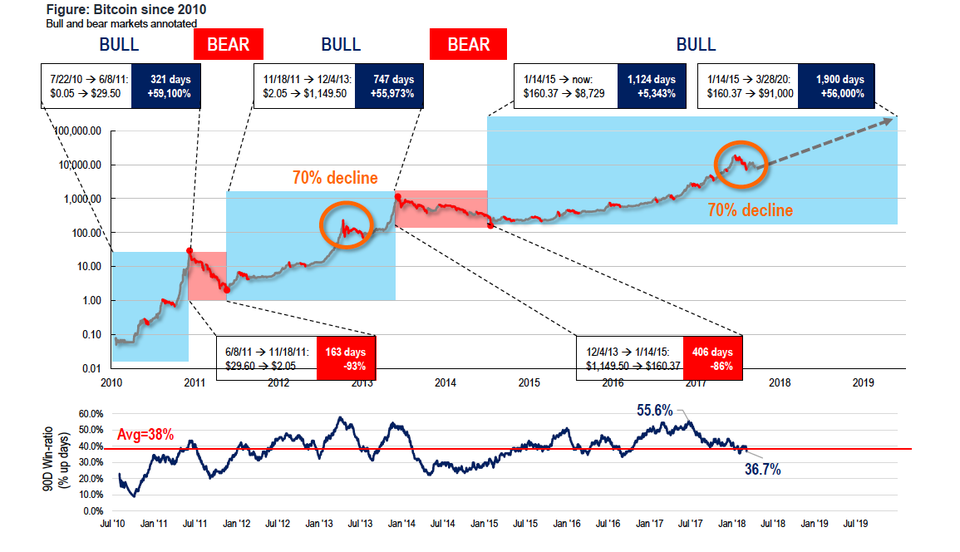 The Forbes piece notes that because the chart is based on a logarithmic scale as opposed to the traditional linear-based graph, BTC’s highs and lows are not as distinct.

Lee and Fundstrat also recently released the “Bitcoin Misery Index” in early March, which is described as a “contrarian index’ that lets investors know how “miserable” BTC holders are at the current price.