Bitcoin Core version 0.16 was launched today with a number of new changes, including “full support for segwit in the wallet and user interfaces.”

It also changes Replace by Fee (RBF) from opt-in to opt-out in the node interface, allowing you to double spend zero confirmed transactions, and in some instances even transactions with one confirmation, by just re-sending it with a higher fee. 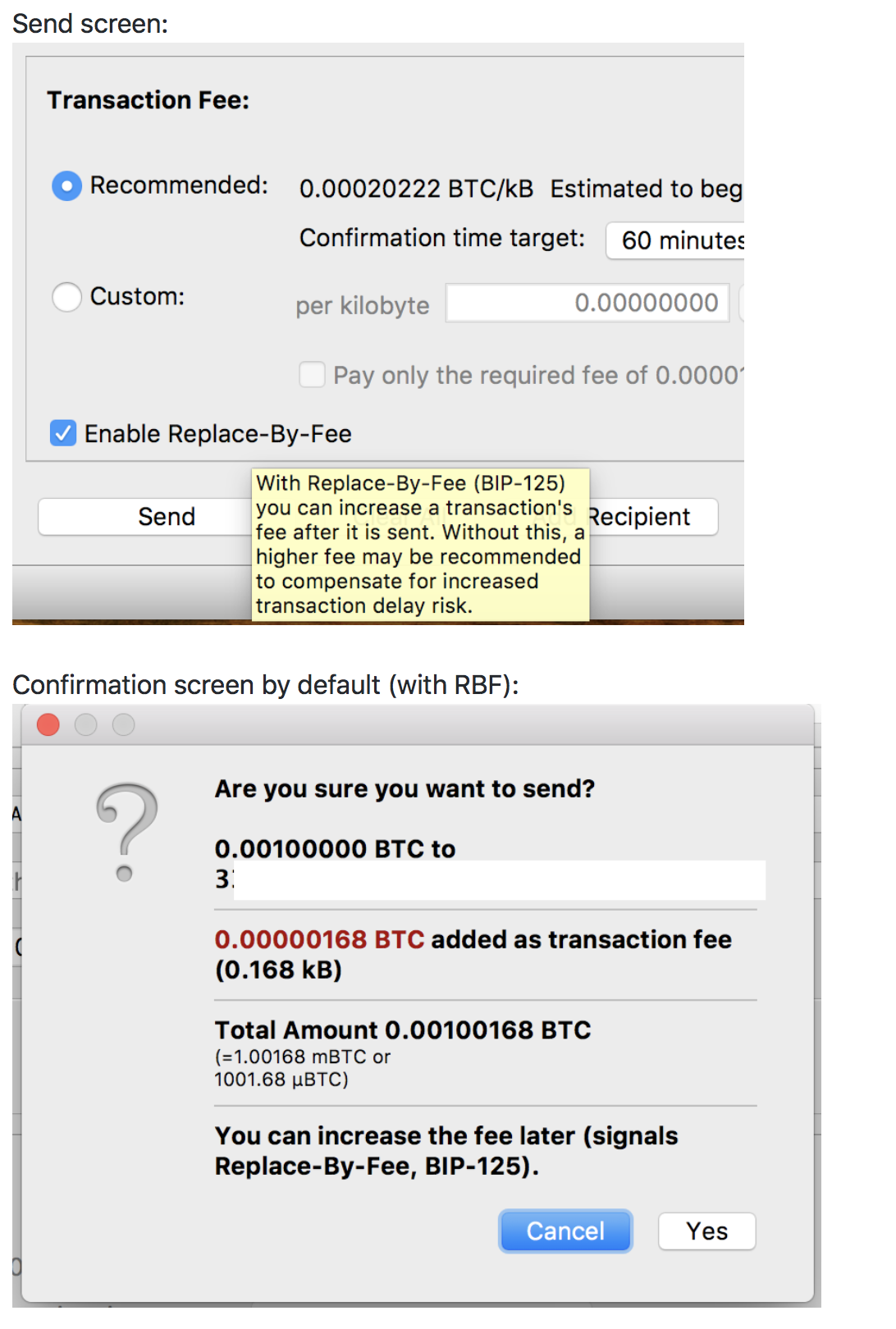 The proposal used to be very controversial because it makes physical purchases pretty much impossible and might make many online purchases that may have a 15 minutes time frame very difficult.

But following considerable backlogs in previous months where some 300,000 transactions were waiting to move at the peak, the network was operating as if there was RBF from the merchant’s point of view.

In combination with very high fees, that led many merchants to simply no longer accept bitcoin payments, including Steam, which was a popular choice for bitcoin gamers.

Users, however, were left with in effect the disadvantages of RBF without the benefit of re-sending their transaction with a higher fee.

There was therefore little objection when default RBF was proposed in November. Thus it was merged in December and now can be used with the new Bitcoin Core client version.

But in the meantime the backlog has pretty much cleared and fees have dropped considerably, making RBF unnecessary save for individuals that may want to cheat by double spending.

However, the situation might change again as bitcoin has a very limited capacity. Demand for transactions therefore might rise again, at which point fees could rise exponentially due to RBF as bitcoiners continuously auction for their transaction to be included.

That should mean we might not hear much about stuck transactions, but how this will work exactly remains to be seen as lack of supply usually leads to increased demand for substituting goods or services, such as ethereum and other digital currencies that have higher capacity.