Santander: We’ll Launch Int’l Payment App With Ripple This Spring If No One Beats Us To It

When speaking about the upcoming app release at the International Fintech conference in London yesterday, March 23, Nathan Bostock, the UK CEO of Santander said:

“This spring, if not [sic] one beats us to it, we will be the first large retail bank to carry out cross-border payments at scale with Blockchain technology.”

At the end of January of this year, Ana Botin, the CEO of Santander, had mentioned the app launch in the company’s 2017 earnings presentation, noting that it will be open to Spain, Brazil, the United Kingdom, and Poland. 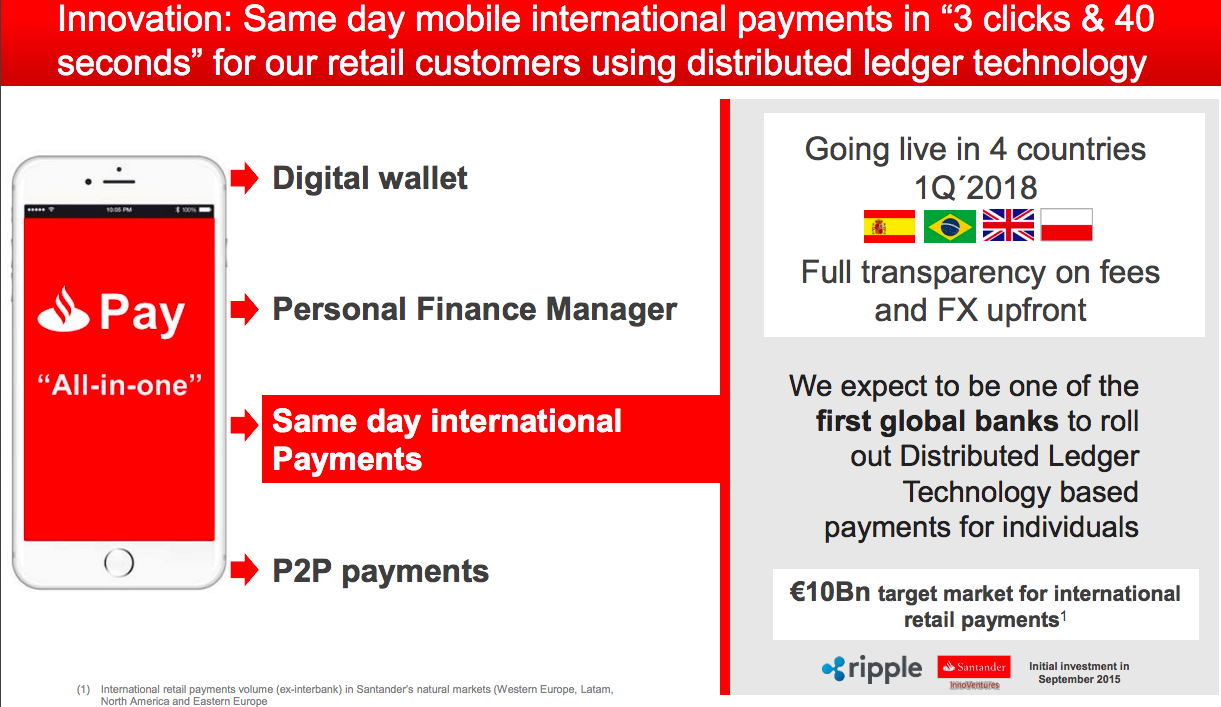 According to Business Insider, Santander had invested in Ripple in 2015 and 2016. The two companies tested an international payment app with test trials in 2016 that showed that Ripple’s technology concluded transfers in less than a day. The payment app will also be able to show an estimate of the cost of a money transfer.

So far this year Ripple has partnered with MoneyGram to speed fiat settlements, a consortium of 61 Japanese banks for creating an instant domestic payments app, and a South Korean bank for “commercial” international remittances, among others.