Ripple price declined recently and moved towards $0.9300 against the US Dollar. XRP/USD is currently at a risk of more declines and it could break $0.9300.

There was a short-term top formed in Ripple price above the $1.1900 level against the US Dollar. The XRP/USD pair formed a high at $1.1994 and started a downside move. It declined and traded below the $1.10 and $1.04 support levels. 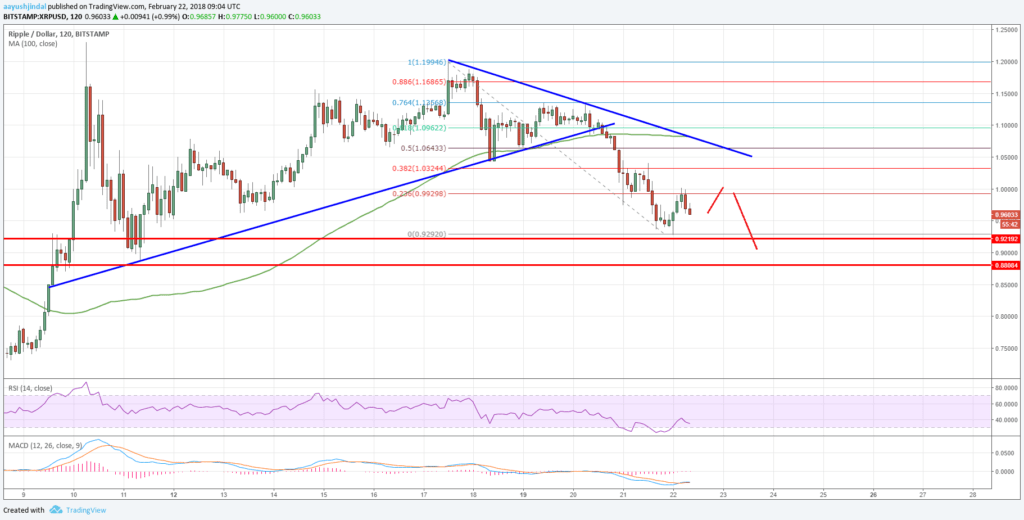 During the downside move, there was a break below a major bullish trend line with support at $1.108 on the 2-hours chart of the XRP/USD pair. The pair traded as low as $0.9292 and it is currently correcting higher.

On the upside, the $0.9950 level is a key resistance. However, the most important resistances are at $1.02 and $1.05. Both levels were supports and now they may perhaps stop upsides above $1.05. Overall, the current structure is bearish as long as the price is below $1.05.

Dollar ticks up after Trump/Biden debate

Can Wind Power Drive Bitcoin Mining in Africa in the Future?
We and our partners use cookies on this site to improve our service, perform analytics, personalize advertising, measure advertising performance, and remember website preferences.Ok