Ripple price nosedived recently and traded below the $0.7900 level against the US Dollar. XRP/USD is currently correcting higher, but it may face sellers near $0.8800.

·         Ripple price was under a lot of pressure and it tumbled below the $0.7900 level against the US Dollar before starting a recovery.

There was an increase in downside pressure on Ripple price after it broke the $0.9400 support against the US Dollar. The XRP/USD pair tumbled and broke the $0.8000 and $0.7900 support levels to set the pace for more declines. 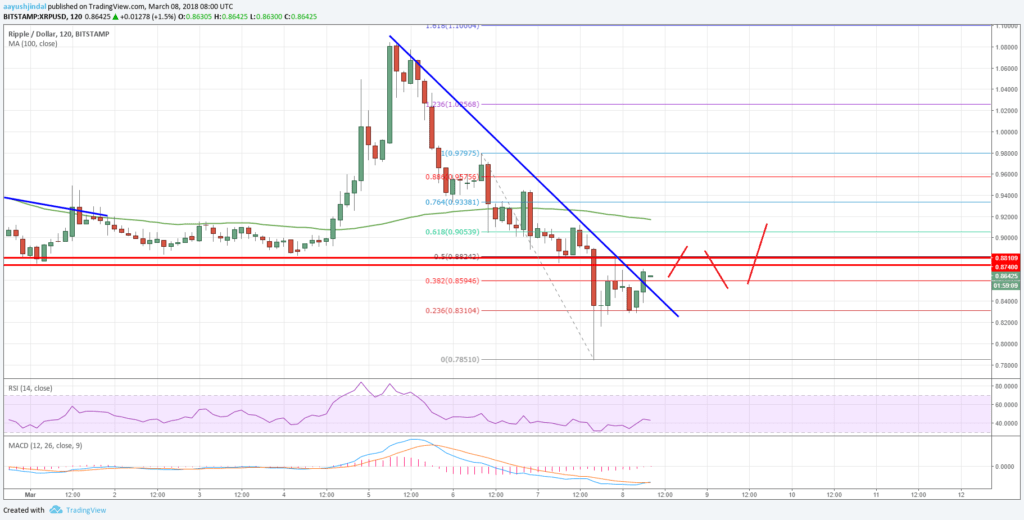 Moreover, the XRP/USD pair is currently attempting a break above a key bearish trend line with resistance at $0.0.8590 on the 2-hours chart. If the pair succeeds in closing above the trend line at $0.8590, there could be more gains.

However, there is a monster resistance on the upside near the $0.8800 level. The stated $0.8800 level acted as a buy zone previously, and now it is likely to act as a barrier for buyers.

Therefore, a break and close above $0.8800 won’t be easy. If buyers succeed, the pair will most likely move further higher and it could even break the $1.00 level.