When it comes to digital marketing in today’s market, there are several companies like Google or Facebook that dominate the advertising space. It is a $1 billion dollar industry that consists of advertisers, publishers, and users. Over the years, digital marketing has grown to an opaque and inefficient marketplace that has many downsides. When you break all these things down you notice that we, as users, are paying to be bothered by ads. Our phones are constantly spending unnecessary bandwidth to serve us those annoying ads that we don’t like watching in the first place. This is one of the problems that the team behind Basic Attention Token is trying to solve by implementing a decentralized, transparent digital-ad exchange on the blockchain.

Basic Attention Token was founded by Brendan Eich, the creator of JavaScript and co-founder of Mozilla. He is now introducing the decentralized, open source, blockchain-based browser called “Brave”, which offers a way to properly value users attention. The team behind Brave consists of individuals that worked on projects like Tor browser with backgrounds at Yahoo, AOL, Netscape, Coinbase, Facebook, and Google. These people have been working in the internet space almost since it’s inception and are experienced enough to offer a solution to traditional digital advertising.

What is BAT and how it works 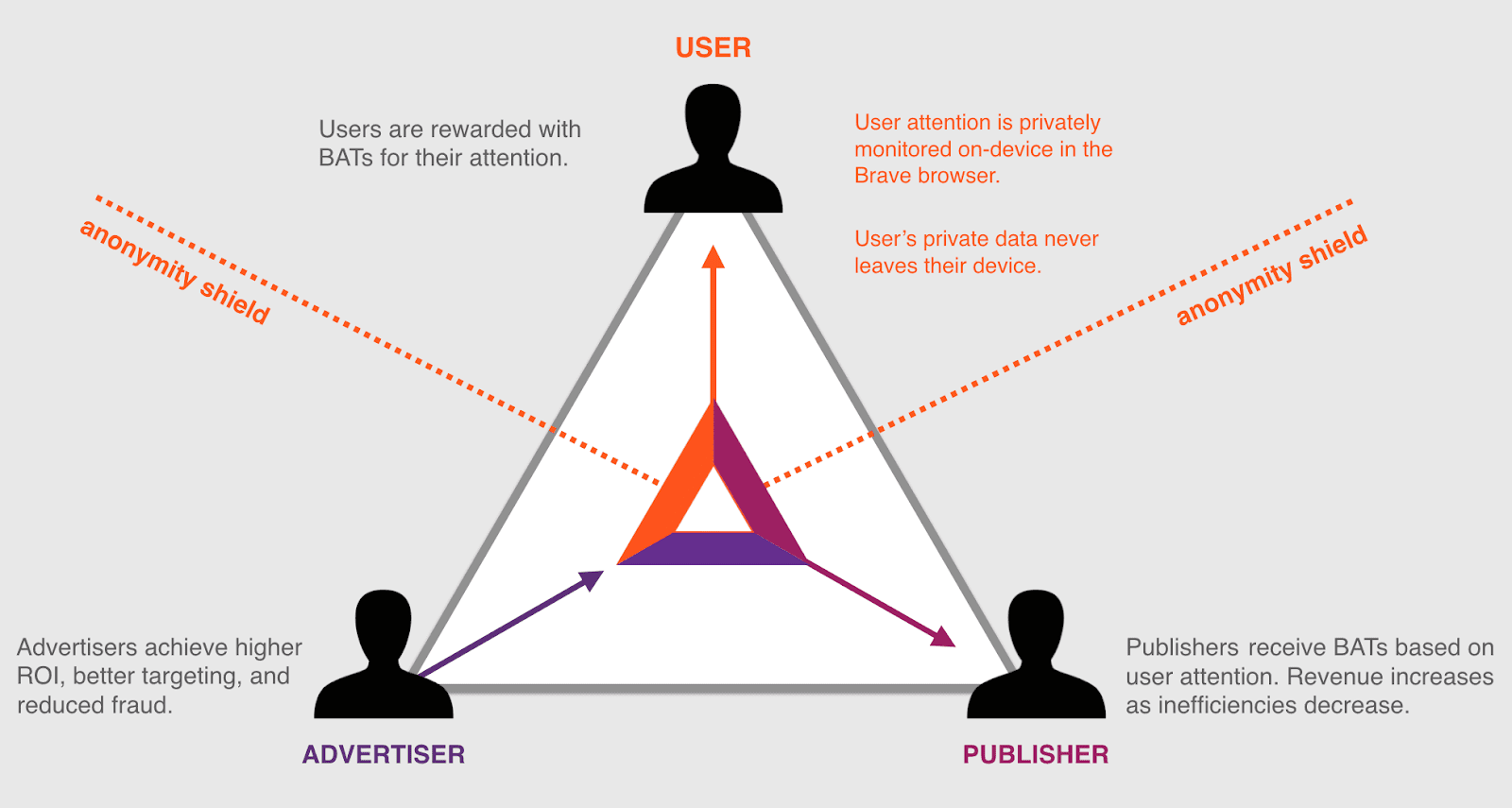 BAT is an ERC20 token that utilizes Ethereum technology and is the unit of exchange between advertisers, publishers and users of the Basic Attention Token network. The BAT platform offers blockchain-based digital advertising and services for which the users use the BAT utility token as a means of payment for services on the network.

Advertisers can pay with BAT tokens to be advertised on targeted audiences, but the main factor that makes this project one of the best out there is that the users watching those ads can earn tokens in return. The users can then decide to keep those tokens or tip them to the publishers they choose. By allowing the user to be part of the profits and awarding its attention makes the Brave browser a unique platform and sets it on its way to disrupt the digital advertising industry.

Basic Attention Tokens can be stored in any ERC20 compatible wallet like MyEtherWallet or a hardware wallet like the Ledger Nano S. It is currently traded on several major crypto exchanges such as: Binance, Bittrex and Huobi.

This free, open-source browser is the result of work from the BAT team, together with the leadership from Brendan Eich, the original inventor of JavaScript and co-founder of the Mozilla Foundation.

It is a privacy-focused browser that basically stands to provide an alternative internet experience. By default, Brave blocks website trackers and removes intrusive Internet advertisements, making websites load faster, thus generating a better online experience for users.  It is an open-source digital advertising platform that operates in conjunction with the Ethereum blockchain that can be used by advertisers, publishers, and users by utilizing the Basic Attention Token.

As we said before, all ads are blocked on Brave by default. An interesting point to mention is that Brave tracks in real time all the ads and trackers that are blocked and the amount of bandwidth saved and makes it intuitive to use and understand. The Brave browser is currently available for Windows, Linux, and MacOS users and also for Android.

Among other things that makes Brave browser unique is the user data never leaves the device. What this does is gives the user control over their data, unlike other browsers that sell user-generated data to third-party companies without compensation.

Brave currently runs an experimental and anonymous micro-donation system called BAT Payments. The system will absorb the Brave Payments ledger, which in turn will migrate from Biting payments to BAT micro-donations in the future.

The value of our attention

Maybe that is not their stated goal, but what Brave and BAT are trying to achieve is to bring awareness to the value of our attention. As human beings, we are born into this world, knowing nothing, and probably caring for nothing as well. It is only through a chemical interaction that we start to understand hunger and react to it.

This stimuli-response situation is replicated a thousand-fold in our lives, but never before have we experienced such a vast and passive-aggressive advertising environment. Today, the whole landscape is filled with thousands upon thousands of ads, so much so, that statistically, we are looking at 4000 to 5000 different advertisements� per day! 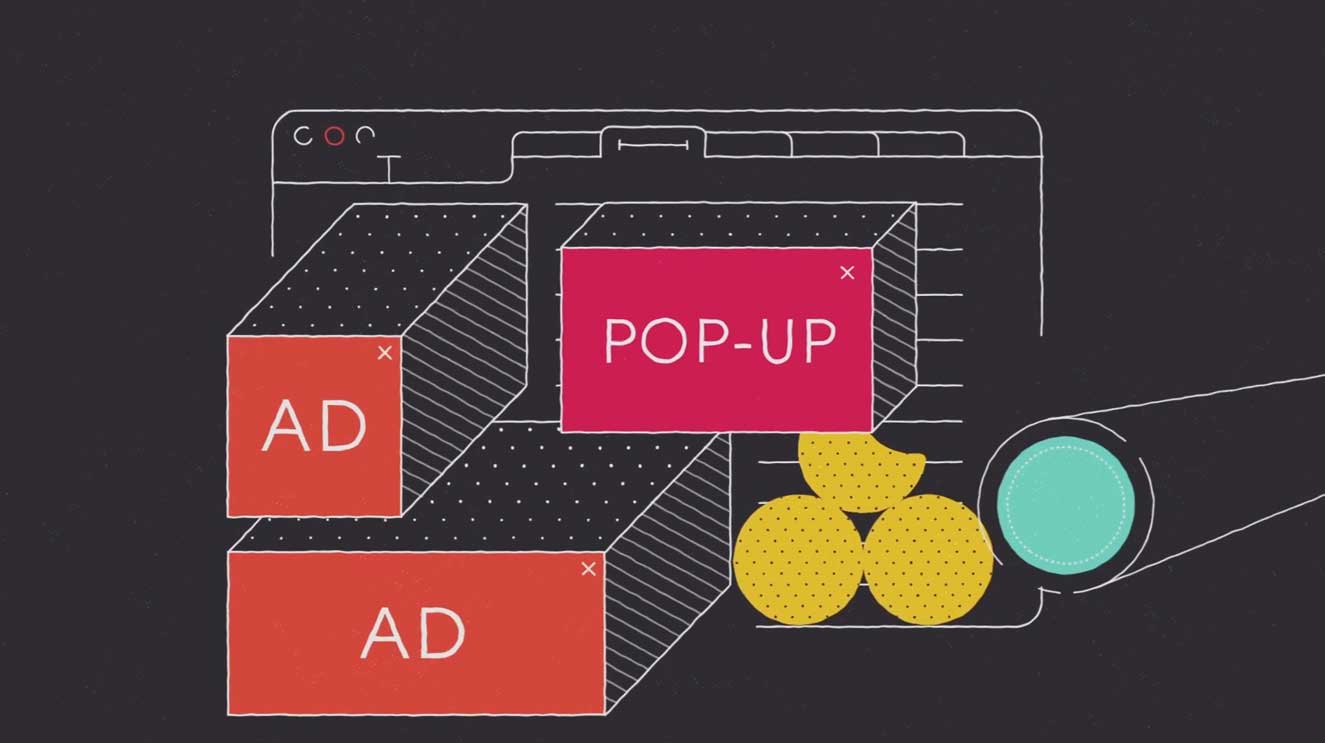 As the blockchain industry grows and new and innovative CICS are coming out, many companies are disrupting the traditional workings of various online services; among them is the BAT project that holds serious intention to redefine how digital marketing is done on the internet. The experienced team behind the project is focused on optimizing the advertising space to fit the needs of its users, by utilizing blockchain based technology and building a fair and distributed ecosystem of like-minded professionals. For all those crypto enthusiasts out there, the BAT projects is definitely a project worth following.

The browser itself is neat and intuitive, even if some of the features are completely new. As decentralization grows, we will be able to have more and more use from applications such as these, that make the whole marketing field, a fair and transparent process.