The very early morning of this weekend [10/03] can not get any more beautiful for any digital currency enthusiast when you see the coins re-taking the path of token value recovery and one of them is standing strongly above, the silver-coin Litecoin.

Mentioned in a tweet by its founder – Charlie Lee, as it is known that many direct the blame towards him when LTC/USD drops, Litecoin can be seen as the first coin to regain control and beat the bears. 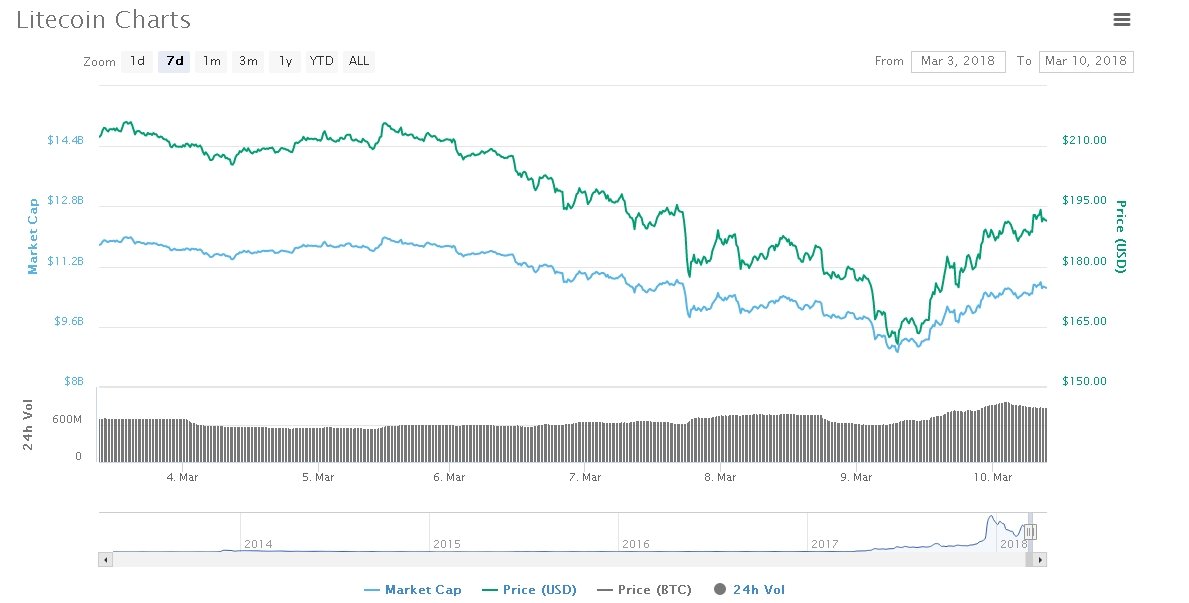 So, for now be on the lookout if the pair LTC/USD can close successfully above the $195.00 level as it would open doors to re-test the important psychological $200.00. Very strong standing out are almost all coins as a double-digit gain can be seen in most of them – Monero 14%, NEO 10%, Nano 27.30%.

Nano in a recent tweet has been promoted very strongly by the founder of Litecoin [LTC] as he described it very successful.

Trade safely and do not overtrade!