After a very long and exhausting sell-out that struck the whole market, money has started to drop by again, mostly on the main leading cryptocurrencies which always look most promising. Very unique and different patterns have been hit by Bitcoin against the US Dollar and Litecoin which are climbing and gaining very strong the last day while Ripple is battling for survival above the major $1.00 mark.

Bitcoin’s positive day could be related close to the announcement that Coinbase just did saying that starting for mid-next week, full support on the SegWit solution will commence.

Litecoin has showcased strong movement on the first hours of the day and is continuing since than with 9.42 percent gain in the last 24-hours. It has cleared the 50 percent Fib Retracement [approx $237.9] level which opened doors for more gain and concluded the result of the particular-time development. 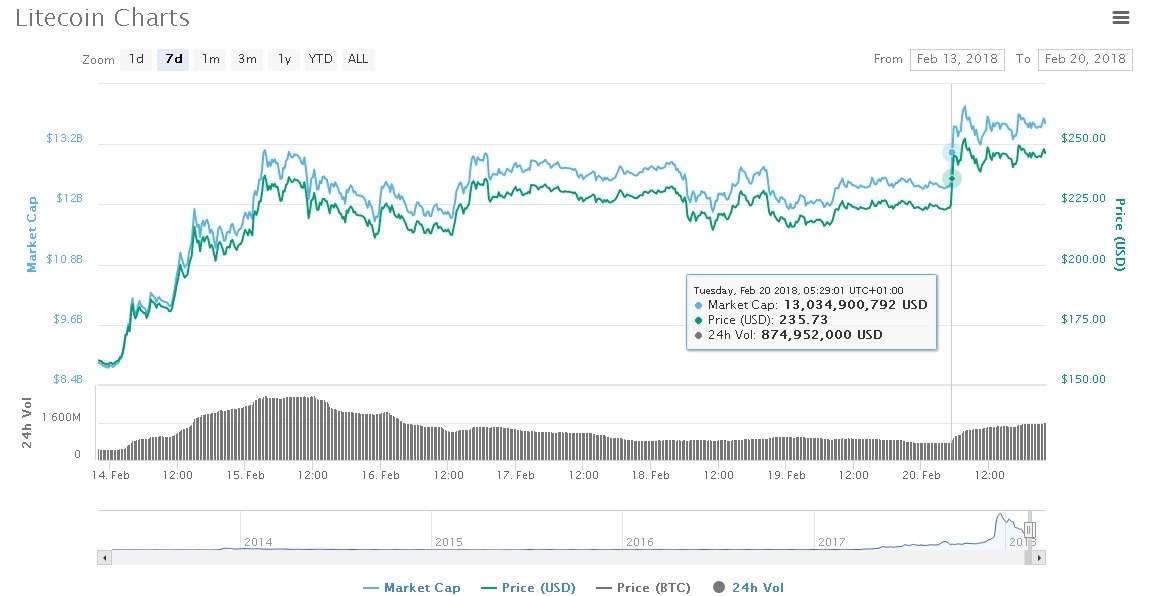 Until just before, the number of purchases was much higher than sales which was decreasing speedy – however, for the time being bulls and bears are stabilizing out. The first major resistance would be at $259.89 followed by the $270.80 – 61.8 percent Fib Ret Lvl.

Below, there is an important support at $238.53, where the 50% Fibonacci retreat level stands. It must be kept at closings for Litecoin to confirm the rise. If the first support is broken, the 38.2% level stands at $206.36.

Ripple XRP – Since the increasing wave starting from Feb 6 was lost, the situation has worsened and Ripple has almost no reaction margin. For the moment, the pair XRP/USD is changing hands in a high congested-narrow phase which could conclude with any possibility. 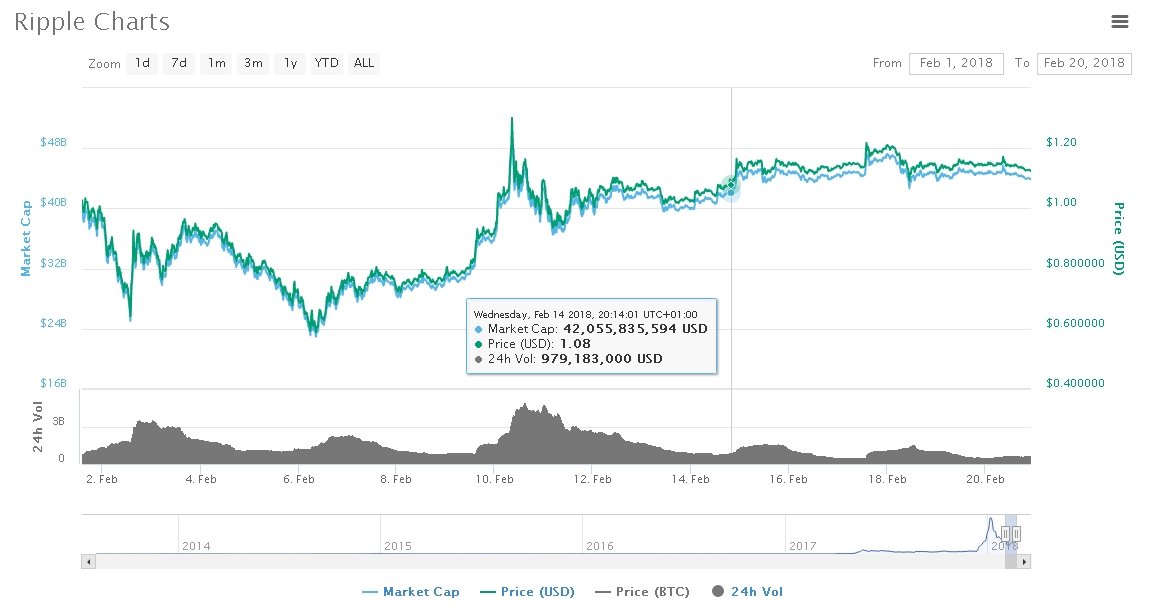 It is very clear that buyers and sellers are showcasing a rising indecision level per time of writing. Going lower, if the major $1.08 level is not able to hold and XRP decreases more than its present -1.90% in the last 24-hours, then the pair will test out $0.96 following with $0.72.